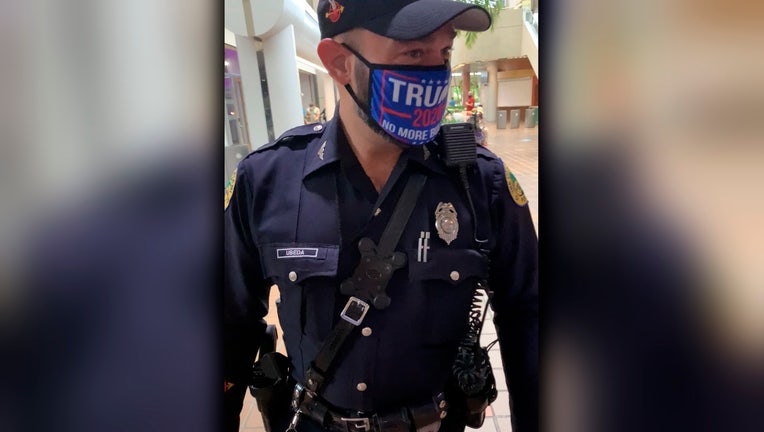 MIAMI - A uniformed police officer in Miami is under investigation after he was photographed wearing a pro-Trump mask at an early voting site.

The photo was taken on Monday, the first day of early voting, by Steve Simeonidis, the chair of the Miami-Dade Democratic Party.

“This is city-funded voter intimidation,” Simeonidis tweeted. “Ubeda should be suspended immediately."

Miami police said it was aware of the photo, calling the officer's behavior "unacceptable" and "a violation of departmental policy."

City of Miami Mayor Francis Suarez said he and Chief of Police Jorge Colina agreed that the officer's behavior was "unacceptable and "a violation of departmental policy."

"He is under investigation and disciplinary measures will be taken," Suarez said.