NASA to send rover to Mars in July

They said they will also send a helicopter up with the rover.

CAPE CANAVERAL, Fla. - NASA is preparing for an extremely important mission that will launch in July.

On Wednesday, NASA officials and experts discussed some of the details about the next step in the exploration of Mars. It's the 'Perseverance' rover, which is about the size of an SUV and it comes with a helicopter.

“I am very excited about a helicopter flying on another world for the first time ever in human history,” NASA Administrator Jim Bridenstine said. The helicopter, called 'Ingenuity,' will hover above the red planet as the rover tools around in a crater called Jezero.

The mission will launch on July 20th. Then eight months later, it will land on Mars.

MORE NEWS: Spectacular ‘ring of fire’ solar eclipse will occur June 21, visible in some parts of the world

Lori Glaze of NASA described the Perseverance rover as "the most sophisticated mission we’ve ever sent to the red planet‘s surface.”

The last Mars rover, 'Curiosity,' returned lots of insightful information, but Perseverance has many more capabilities. 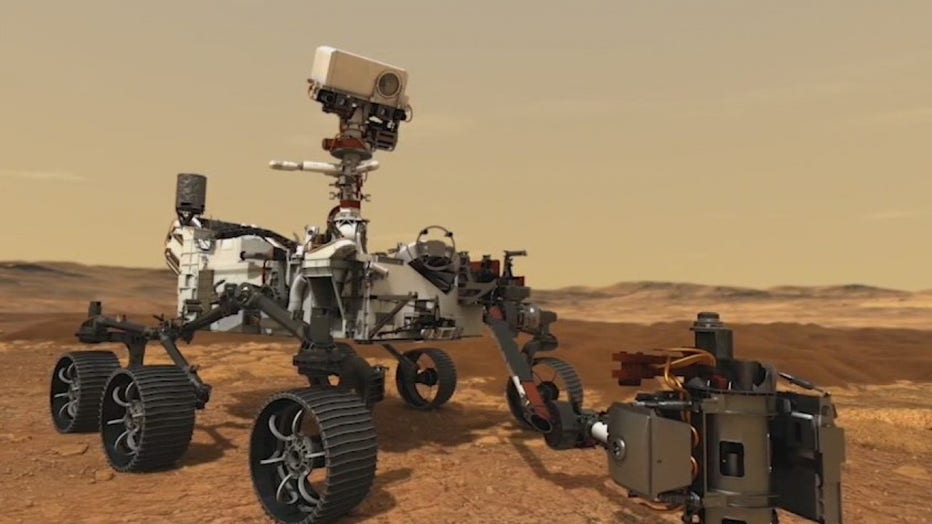 However, getting it to Mars is no easy prospect. Mars and Earth are only on the same side of the sun together once every 26 months. So, if for whatever reason the launch doesn’t happen and the rover has to go back into storage, it could cost NASA half a billion dollars.

The potential knowledge the mission could return is priceless, though. Scientists believe there could have been ancient microorganisms on Mars. The Perseverance rover will look for clues of that.

MORE NEWS: NASA to send 'VIPER' rover to the Moon, will search for water

It will also look to see if life was ever present on Mars. The rover will collect rocks that could hold the answers and they will be stored in the belly of the rover. In later missions, those rocks will be picked up and sent back to earth.