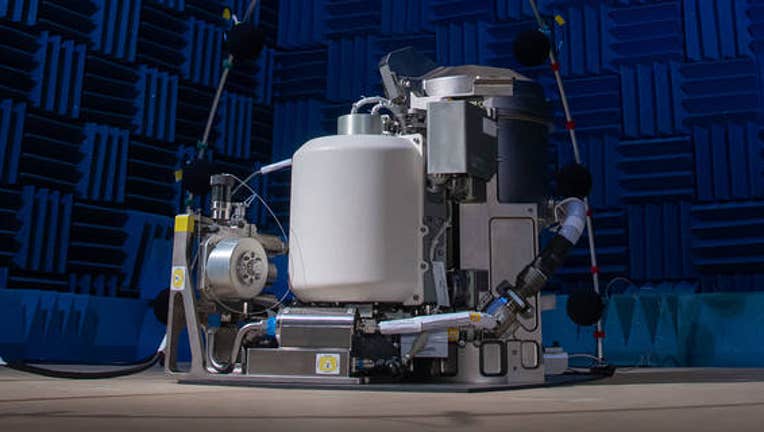 Talk about “to boldly go.”

A new space toilet is making its way to the crew of the International Space Station aboard a Cygnus spacecraft. “Its features improve on current space toilet operations and help NASA prepare for future missions, including those to the Moon and Mars,” explained NASA, in a statement. “The Universal Waste Management System (UWMS) demonstrates a compact toilet and the Urine Transfer System that further automates waste management and storage.”

NASA added that the smaller footprint of the UWMS “supports a possible increase in the number of crew members aboard the space station, as well as planning for future exploration missions.”

Cygnus is loaded with nearly 8,000 pounds of research, crew supplies and hardware, including the toilet. The uncrewed Northrop Grumman spacecraft launched Thursday night from NASA’s Wallops Flight Facility in Virginia on one of the company’s Antares rockets. The spacecraft, named the SS Kalpana Chawla, after the NASA astronaut who died in the Columbia disaster, is scheduled to arrive at the orbiting space lab on Monday.

“Expedition 63 Commander Chris Cassidy of NASA will use the space station’s robotic arm to capture Cygnus, while Ivan Vagner of Roscosmos monitors telemetry during rendezvous, capture, and installation on the Unity module’s Earth-facing port,” said NASA, in the statement.

Another UWMS will be installed in NASA’s Orion spacecraft for the crewed Artemis II test flight expected to launch in 2023. The 10-day mission will take four astronauts beyond the moon and back. 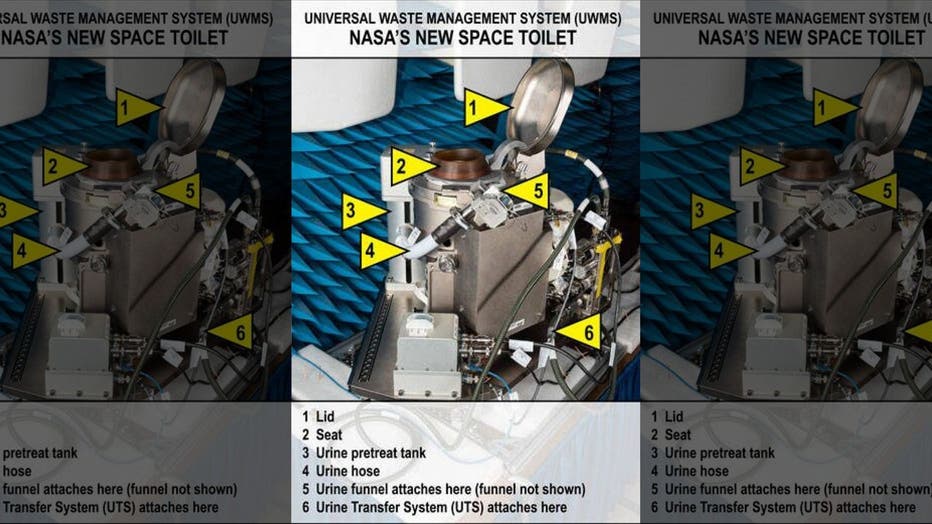 Cygnus will leave the space station in mid-December, undertaking a key experiment as the mission approaches its conclusion. “Following departure, the Saffire-V experiment will be conducted prior to Cygnus deorbit and disposing of several tons of trash during a fiery re-entry into Earth’s atmosphere approximately two weeks later,” NASA said in a statement.

The Spacecraft Fire Safety Experiments (Saffire) are designed to investigate major flame growth and material flammability limits in space. “The experiments are ignited in a Cygnus cargo vehicle after it has completed its primary International Space Station supply mission, departed the station, and before its planned destructive reentry to Earth,” the space agency explains, on its website.