How the NCAA is dealing with the spread of the coronavirus

NCAA President Mark Emmert says NCAA Division I basketball tournament games will be played without fans in the arenas over concerns about the spread of the novel coronavirus.

LOS ANGELES - NCAA President Mark Emmert says NCAA Division I basketball tournament games will be played without fans in the arenas over concerns about the spread of the novel coronavirus.

Emmert said in a statement Wednesday he made the decision to conduct both the men's and women's tournaments, which begin next week, with only essential staff and limited family in attendance.

The NCAA’s coronavirus panel also announced that it is recommending all athletic competitions be played without spectators amid coronavirus fears.

“The NCAA COVID-19 Advisory Panel recognizes the fluidity of COVID-19 and its impact on hosting events in a public space,” the organization said on Wednesday. 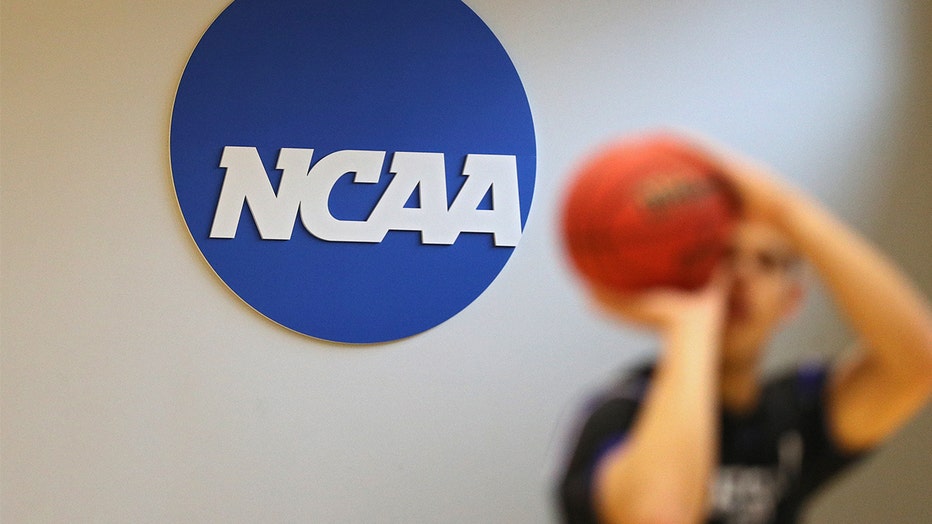 The announcement came just ahead of several NCAA men’s and women’s basketball tournaments that were scheduled to begin next week.

The NCAA’s decision to bar fans from attending the upcoming March Madness games comes after several major events have canceled or postponed for future dates in hopes of stopping the spread of the novel coronavirus.

Officials in Washington closed Seattle schools for at least two weeks and banned large gatherings in the metropolitan area, which has been hard hit by the virus.

In a state where at least 25 victims have died — 19 of them from the same suburban Seattle nursing home — Washington Gov. Jay Inslee prohibited activities involving more than 250 people.

In San Francisco, Mayor London Breed banned all gatherings of 1,000 or more people for the next two weeks in the city of 880,000, including Golden State Warriors basketball games.

The same day that the NCAA announced it would ban spectators from March games, the World Health Organization officially declared the deadly coronavirus a pandemic.

Expressing concern over the alarming rate at which the virus has spread, the WHO said the pandemic label will hopefully trigger world governments to activate preparedness plans and take emergency procedures to protect the public.