FOX 35 News' Mike Magnoli has the latest information in the case.

PALM BAY, Fla. - Sixty-year-old Robert Koehler, the man who Miami-Dade prosecutors say is the “Pillowcase Rapist,” lived in a house on Rostock Circle with his son, Bobby, until Bobby became an adult and moved out.

Authorities in South Florida say the "Pillowcase Rapist" had more than 40 victims.

FOX 35 News filmed into the backyard of Koehler's property.

Prosecutors say Koehler was digging something, possibly the beginnings of an underground room.

"I feel better that he is not in the neighborhood. He was in my house and I have two small grandchildren," said Michelle Martin.

Martin lives a few doors down and is struggling to process all the details coming from investigators about Koehler. 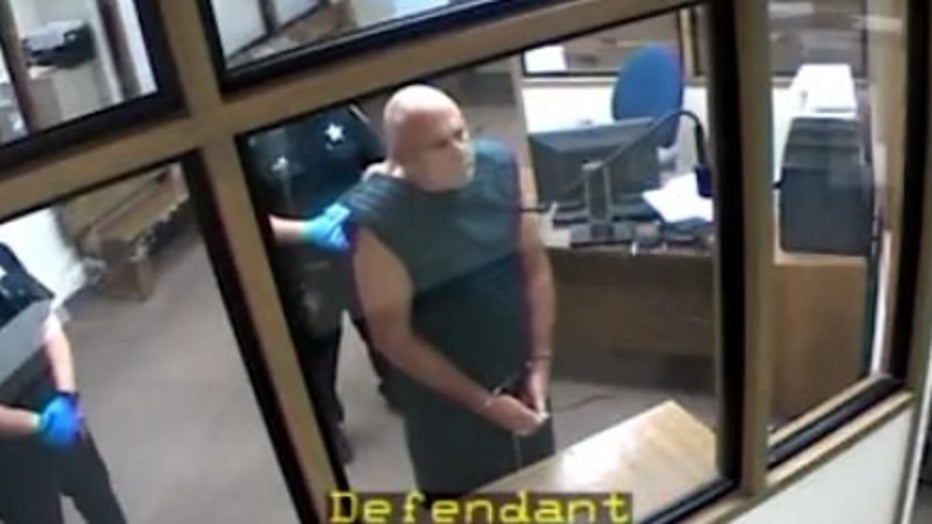 She says he once fixed her car, but sometimes when they spoke, she was frightened.

"The way he talks to you. He didn’t like women, I will say that. He always downgraded women like we were beneath him," Martin said.

Neighbor Teddy-Anne Stuart says when her son died two years ago, Koehler stopped in offering condolences. She says he was sensitive.

"He was always there to help somebody. This thing hurts us so much," she said.

Joseph Gauthier says Koehler liked to tinker around with old machines. He says Koehler told him the room he was making in the backyard was going to be a kind of subterranean workshop.

"He made a couple of good inventions with solar energy. He was really into that kind of stuff," Gauthier said.

One thing that a lot of neighbors are asking though: Given that Koehler was a registered sex offender, and police were at the house 120 times since the early 2000s, why did it take so long to connect the dots?

The answer is almost 30 years ago, it was only the beginning of high-tech forensic investigations.

Neighbors are talking about the man accused of being the Pillowcase Rapist, and investigators say the suspect was digging something in his backyard. FOX 35 News' Mike Magnoli has the latest details in the case.

Even though Koehler was a convicted sex offender on the registry for a sexual battery in Palm Beach County, "...there was no DNA requirement to be taken in the 90s," said Dr. Marshall Jones, a former investigator who now teaches courses in forensics at Florida Tech.

Jones has never been involved in the "Pillowcase Rapist" investigation, but we asked him for some analysis.

Prosecutors say before their big break with the Robert Koehler DNA match, which they pulled off a shopping cart, they had few leads.

All they knew: The "Pillowcase Rapist" wore a size 10 1/2  shoe and had a unique blood type.

Palm Bay police went to Koehler's home 120 times over the last 14 years on reports of stalking, disturbances, and some were protocol check-ins on a sex offender.

Koehler is being held without bond and he’s back in Miami-Dade County where most of the rapes occurred.

Dr. Jones says the DNA evidence, combined with physical evidence if Koehler held on to anything from his victims - which prosecutors are looking at closely - is getting stronger by the day.

In today’s world, the techniques are so far ahead from the 80s and 90s its possible for investigators to tie Koehler to even more unsolved cases.

"You’ve got to remember the first case in the U.S. that used DNA was in 1987, and in the big scheme of things, that’s not that long ago. And, look at the advances we've made," Jones said.

Koehler was married during the years of the attacks.

When FOX 35 News reached out to her on the phone, his ex-wife said she doesn’t believe police have the right guy and gave no further comment.