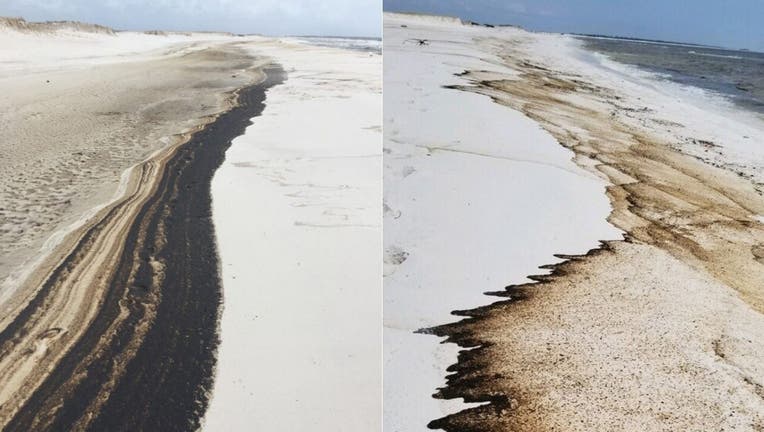 PERDIDO KEY, Fla. - A stretch of beach in Florida that was battered by Hurricane Sally when the storm made landfall earlier this month ended up covered in oil over the weekend, according to officials.

The oil washed up Saturday along a 5-mile stretch of Johnson Beach on Perdido Key.

The U.S. Coast Guard collected samples over the weekend to determine the source of the oil, which could be part of the 2010 Deepwater Horizon spill in the Gulf.

Related: Onto the Greek alphabet: for only the second time, we've run out of hurricane names

"We want to get it cleaned up as fast as possible, so we'll be working with the Park Service to make sure that happens," U.S. Coast Guard Petty Officer Dustin Williams told the Pensacola News Journal. "Until we get those test samples back, right now, it's still an unknown source."

It's not yet known how much oil washed up, but so far the only shoreline area impacted is the 5-mile stretch of Perdido Key.

WEAR-TV reported a large oil slick was spotted in Pensacola Bay just days after the storm. 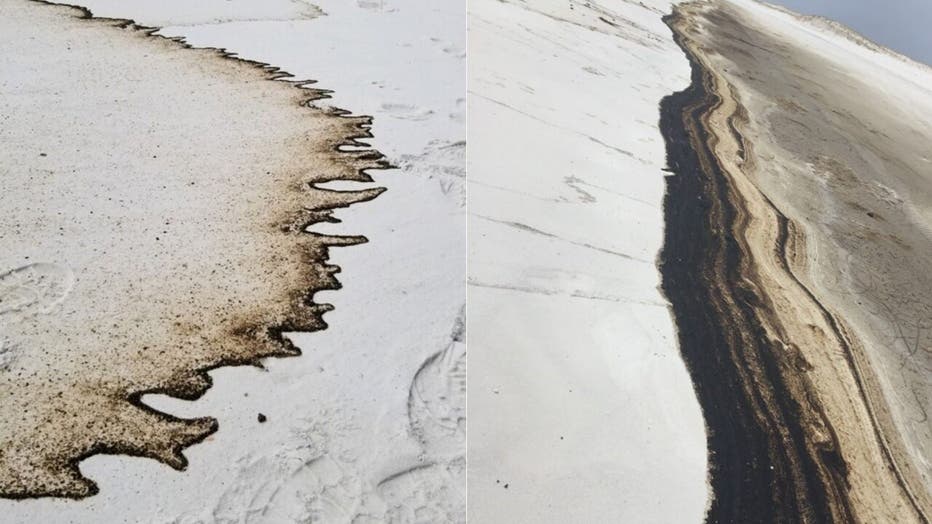 Environmental specialist Sava Varazo told the television station she didn't think the oil on Johnson Beach had the "right consistency or color" that would be related to the 2010 spill.

“When you have a storm of this magnitude that lasts as long as it did, you have a lot of devastation,” Varazo told WEAR-TV on Tuesday. “Due to all the vessels that sunk, you’re going to find more of these oil slicks coming to the surface and being reported.”

The Coast Guard will now work with the Gulf Islands National Seashore to clean up the blackened beaches.

Sally made landfall as a Category 2 storm Sept. 16 near Gulf Shores, Ala., after strengthening as it approached the coast.

Storm surge then caused major flooding in places such as Pensacola, where the downtown area was filled with several feet of water. The storm was blamed for two deaths in the region.

On Tuesday, Escambia County officials said Sally is estimated to have caused $126 million in damages to private property countywide and in the city of Pensacola.

Related: National park in Thailand will collect, mail litter back to visitors who left it behind

"This is a conservative damage estimate because it only includes destroyed and major damage (not minor or affected), the valuation from the property appraiser is utilized, and assessments are continuing throughout the county and city," the county said.

In the county and city, a total of 44 buildings were destroyed and 629 have major damage.

In addition to damages to private property, the storm left nearly $183 million in damage to public property owned by the county and city, bringing the total initial damages from Sally to at least $309 million.