The President spoke about the upcoming debate, his Supreme Court nomination, and more.

JACKSONVILLE, Fla. - President Donald Trump returned to Florida on Thursday for a campaign appearance in Jacksonville.

He spoke to a crowd of thousands, attempting to bolster support in the battleground state as he prepares for the November 3 general election against Democrat Joe Biden, who campaigned in Tampa and Kissimmee recently. The most recent 'Real Clear Politics Average of Polls' shows Joe Biden leading with less than a two-point lead over Trump. Two months ago, Biden had an eight-point lead in the state.

The President spoke to a crowd in Jacksonville on Thursday night.

"All the accomplishments that he's doing now. It's just going to continue and continue to grow. He does the right things for the country first and the people first," one supporter told FOX 35.  Another one said that "a vote for Trump is a vote for liberty and justice for all." 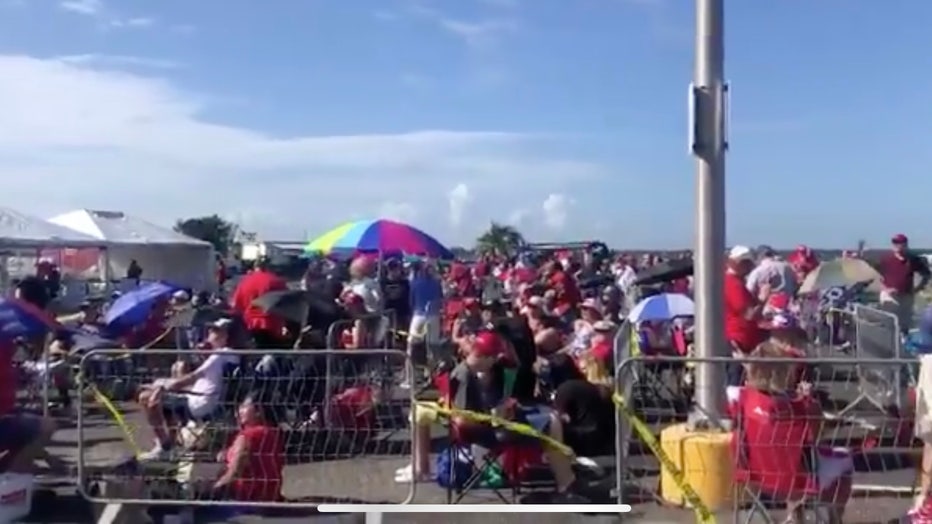 While people were waiting for the President's arrival, a group of demonstrators was escorted out of the rally. FOX 35 reporter Robert Guadarrama was there and said that about eight of them were escorted out and they held their fists up while leaving. The crowd reacted by booing and chanting "USA." 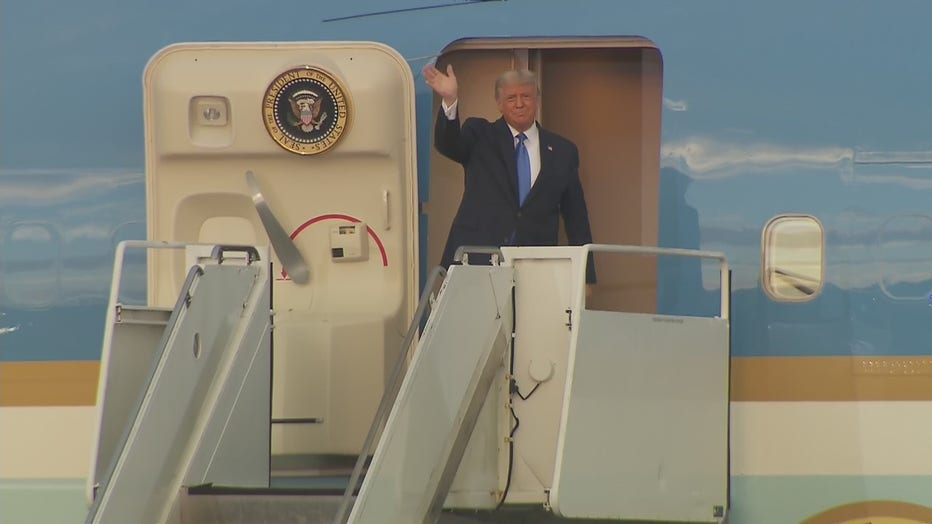 He spoke about Hispanic-Americans, the upcoming debate with Democratic Nominee Joe Biden, his upcoming Supreme Court nomination, the civil unrest across the nation, his support for law enforcement, and the ongoing election.

While President Trump spoke on Thursday, two more demonstrators were escorted out of the rally.

The Biden campaign released a statement on Wednesday regarding Trump's visit to the Sunshine State, criticizing the President for his handling of the COVID-19 pandemic. It claims that he has not been focused enough on ending the crisis. 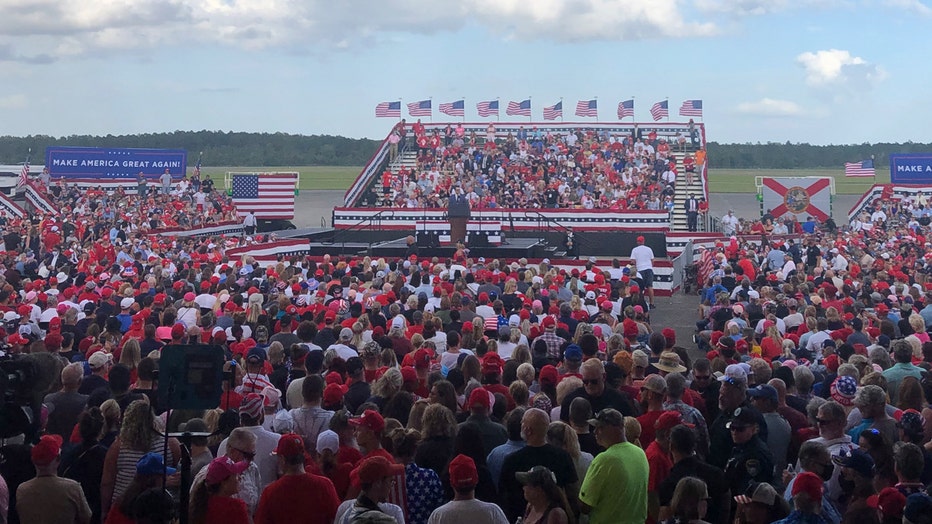 Hours ahead of his appearance, President Trump was in Washington to pay respects to late Supreme Court Justice Ruth Bader Ginsburg, just two days before he announces his nominee to replace her on the high court.

The president and first lady Melania Trump -- both wearing masks -- stood silently at the top of the steps of the court and looked down at Ginsburg's flag-draped coffin, surrounded by white flowers.

President Trump will travel to Miami, Florida on Friday to hold a 'Latinos for Trump' roundtable.

Stay tuned to FOX 35 News as we provide live coverage from the event on Thursday.