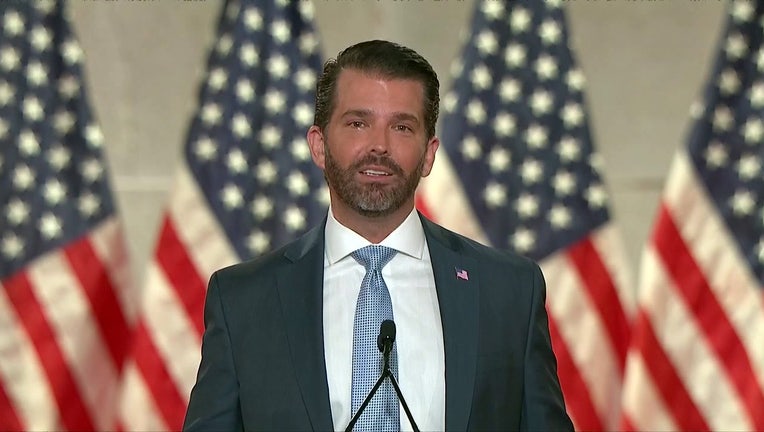 In a Fox News opinion column about school choice, the president’s eldest son slammed “liberal” Leon County Circuit Judge Charles Dodson for siding with Florida teachers unions that challenged a state order requiring schools to reopen five days a week by the end of August amid the COVID-19 pandemic.

“It is unacceptable for Democrats and the activists who control teachers’ unions to put their pursuit of power ahead of the educational needs of our children,” Trump Jr. wrote on Tuesday.

The Florida Education Association and the Orange County teachers union on Monday won the first round in the closely watched legal case, though the state quickly appealed.

Attorneys for the unions allege the school-reopening order, issued July 6 by Education Commissioner Richard Corcoran, violates the state Constitution’s guarantee of “safe” and “secure” public education. They alleged "financial bullying" by the state because school districts risk losing funding if they do not comply with the order.

Trump Jr., however, backed the state's position. He wrote that Corcoran’s order “ensures families who wish to educate their children in a brick and mortar school have the opportunity to do so" and that it recognizes “the fact that educators cannot abandon their obligations to our children if they want to collect taxpayer dollars.”

“Yet, right on cue, a liberal judge granted the state’s activist-led teachers’ union a temporary injunction on the order,” Trump Jr. wrote. “Leon County Judge Charles Dodson, who is set to retire in January, decided to put the interests of union bosses ahead of the state’s Constitution, in violation of the separation of powers and ahead of Florida’s children.”

With classes resuming across the Bay Area, districts are encountering their first cases of COVID-19.

RELATED: As students return to schools, so does coronavirus

Florida Education Association President Fedrick Ingram, however, said “Donald Jr. has failed to grasp the issues on so many levels that it’s difficult to know where to start,” and suggested that the president’s son read the judge’s ruling.

“This is about safety for students and educators. It’s about local control of our public schools,” Ingram said. “Local communities should be free to choose the safest and best way to provide quality instruction during a pandemic, and to do so without risking politically motivated financial retribution.”