RIVERSIDE, Calif. - The remains of a U.S. Marine who was among nine service members killed when their amphibious craft went down in the waters around San Clemente Island will be returned home to Riverside Tuesday, and a roadside salute is planned along the route the casket will be carried. 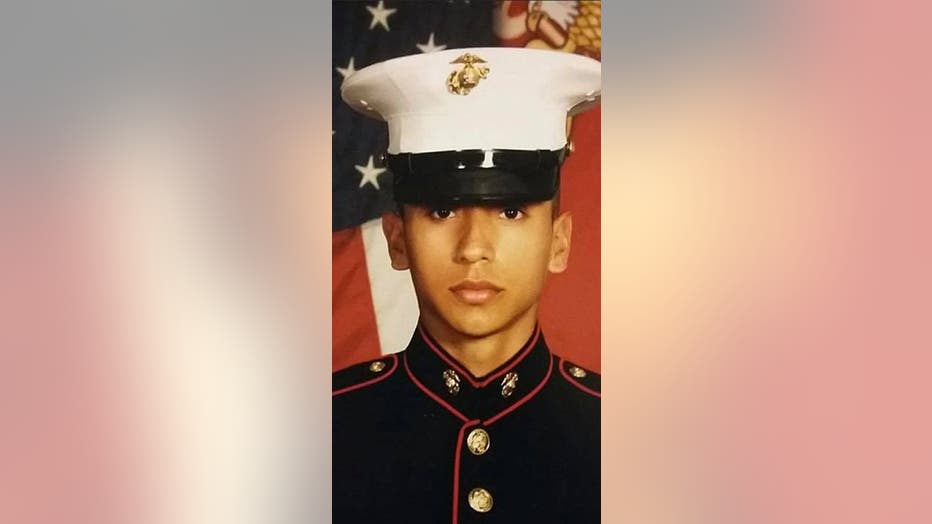 Cpl. Cesar A. Villanueva, 21, drowned July 30 when the 26-ton vessel carrying him and other members of the 15th Marine Expeditionary Unit sank while on a maritime training mission.

According to the nonprofit Honoring Our Fallen, Villanueva's casket will arrive between 3 and 4 p.m. Tuesday at Ontario International Airport, where a private planeside service is scheduled for loved ones, after which the flag-draped casket will be taken to Pierce Brothers Crestlawn Mortuary on Arlington Avenue in Riverside.

The procession is slated to leave the airport about 4 p.m., and anyone who wants to pay respects along the route to the mortuary is encouraged to do so.

Get breaking news alerts in the FOX 11 News app. Download for iOS or Android.

All ceremonies at the mortuary will also be private.

RELATED: 'I thank them for the brave service': Trump says of 9 service members killed in training accident

According to military officials, Villanueva and the other men were involved in a training exercise during which their craft was maneuvering to rendezvous with a ship 80 miles west of Encinitas.

For unknown reasons, the boat foundered roughly a mile off San Clemente Island, going down in waters about 400 feet deep. Along with eight Marines, a U.S. Navy sailor perished.

RELATED: Body of US Marine returned home To Montebello

Villanueva and Pfc. Bryan J. Baltierra, 18, of Corona, were the only two from Riverside County.

There was no word on funeral arrangements for Baltierra.