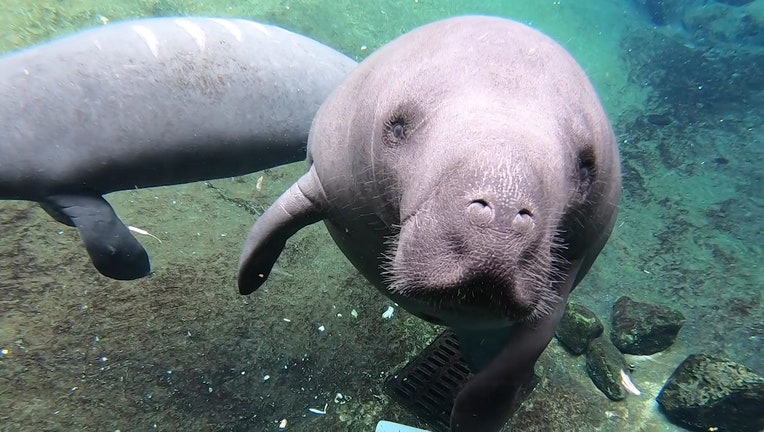 ORLANDO, Fla. - Manatee deaths are reportedly up in 2020 -- and some experts say the coronavirus pandemic could be playing a part in it.

According to the public mortality records from the Florida Fish and Wildlife Conservation Commission (FWC), between April and May of this year, manatee deaths have risen by 20-percent compared to last year.

“There are several troubling factors coming together during the pandemic,” Patrick Rose with the nonprofit Save the Manatee Club told The Guardian. “Manatees were already facing accelerated habitat loss, rising fatalities from boat collisions, and less regulatory protection. With Covid, we’re seeing manatees at an increased risk, both from policies that undermine environmental standards and from irresponsible outdoor activity, such as boaters ignoring slow-speed zones.”

The Guardian reports that June is already exceeding the five-year average for this time, but the Florida Wildlife and Conservation Commission can't say the exact reason why the deaths are increasing.

“We suspect there were many more manatees killed by boating than we could determine,” Rose said.

One reason for the spike could be the increase in boater traffic as more people try and get out on the water during the pandemic. As traffic increases, so does the risk for reckless behavior and increased littering.

There have been around 329 manatee deaths so far this year, according to the FWC mortality report. Around 30 are believed to be watercraft-related.

Some good news is hopefully the overall number of manatees killed this year will continue to go down from years past. In 2019, Florida saw 606 manatee deaths, a drop from 824 in 2018.