The dog who's been at the Orange County Animal Shelter the longest now has a new home. Rocket has been adopted!

ORLANDO, Fla. - The dog who's been at the Orange County Animal Shelter the longest now has a new home. Rocket has been adopted!

Since our story about a dog named Rocket first aired on FOX 35, his popularity has taken off.

"I got a yard and I was looking for a dog and a buddy of mine posted about Rocket last night actually, and I was like, 'He’s been there a long time. Let me go check him out,'" said Will Bisbeck, who picked up the dog from the shelter on Friday.

The pup is now notorious for living at the Orange County Animal Shelter longer than any other dog. He was there for more than 200 days. But one day after our FOX 35 story aired, Bisbeck changed that.

"The story brought me in certainly. I’ve always had black labs in the past, but once I saw him and he ran over and started nuzzling my hand, stuff like that, I was like, 'I can’t leave him here.'" 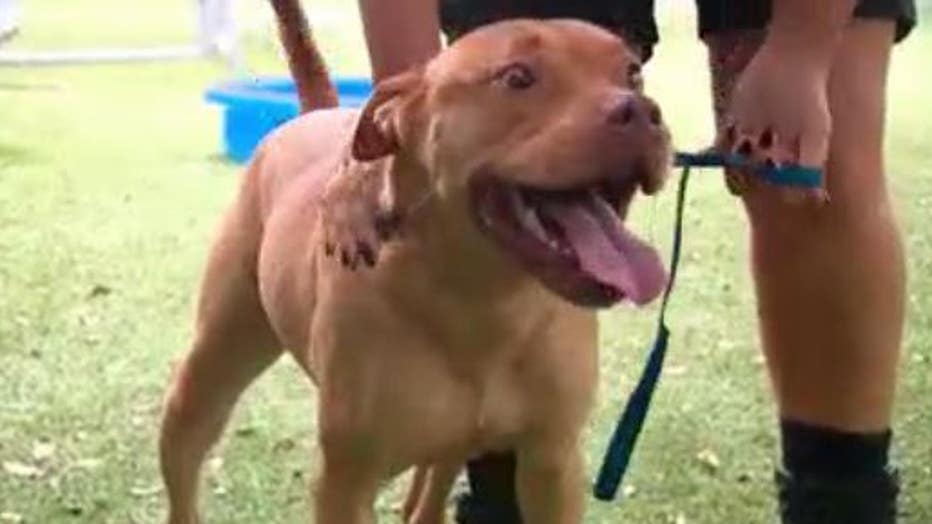 Just like that, Rocket went from shelter dog to pet. He's a dog's dog with his tail wagging and sniffing everything.

But there was no denying he'd make the perfect companion.

MORE NEWS: People with this first or last name can fly to Orlando for free

"He’s very lovable. You could tell. I can’t wait to take him home and play with him. This is definitely a long line of dogs that I’m going to love."