SANFORD, Fla. - The St. Johns River continues to see record levels in the aftermath of Hurricane Ian and the National Weather Service forecasts major flooding to continue well into next week.

As of Thursday morning, the St. Johns River near Sanford, Florida in Seminole County, was sitting at a record high of 8.72 feet. It is expected to crest sometime Thursday night or early Friday morning around 8.8 feet.

Major flooding continues all along the St. Johns River because of these levels. Low-lying areas are being impacted anywhere along the river’s waterfront. Many roads have become impassable, and homes remain flooded.

It will be a slow decline in river levels once it crests.

Many areas across Central Florida saw well over 10 inches of rain from Hurricane Ian. Runoff always feeds into the largest rivers last which is why the St. Johns River continues to rise well after the event.

Factor in September being the wettest month on record in Sanford and Orlando with a major tropical system and that is why we are experiencing unprecedented flooding. 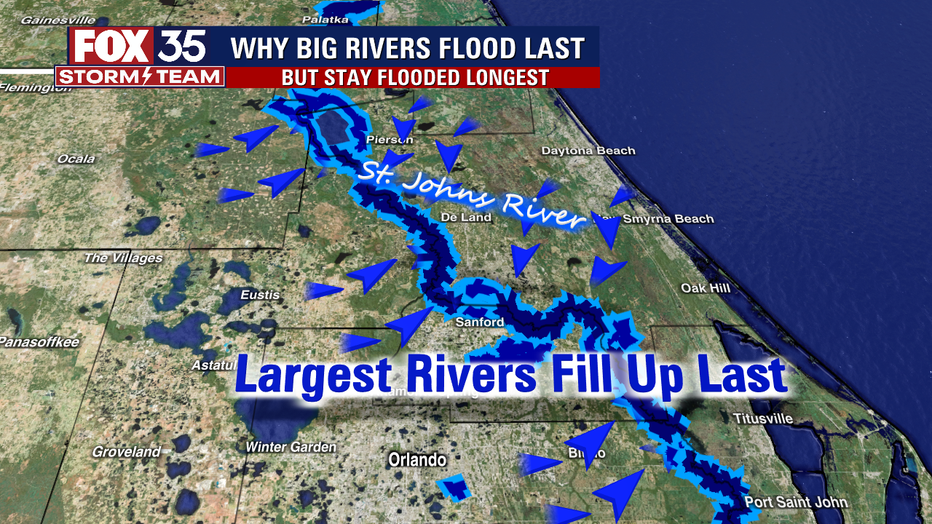 Hurricane Ian made landfall as a powerful category 4 storm off the southwest coast of Florida on the afternoon of Sept. 28, with maximum sustained winds of 150 mph.

Residents are hoping the St. Johns River will finally crest as floodwaters keep their neighborhoods underwater.

It left a trail of destruction behind in Florida before making its way north to the Carolinas.

As of Wednesday, Hurricane Ian has resulted in at least 98 people confirmed dead, including 89 in Florida.