Florida teacher, coach accused of having sex with student

A former teacher and basketball coach at a Florida high school turned herself into authorities to face an accusation of having sex with a 16-year-old student.

The Volusia County Sheriff’s Office said Megan Parris, 28, was arrested Thursday on a charge of unlawful sexual activity with a minor. Deputies said they began investigating Parris in March after a student went to school officials with information about Parris and the victim.

Detectives said they were able to establish probable cause that Parris had sexual encounters with a teenager off-campus through a series of interviews and search warrants for digital and other evidence.  According to an arrest report for Parris, several of the people interviewed accused her of having sex with the boy twice and sending him nude pictures through social media.

New Smyrna Beach High School Principal Matt Krajewski informed parents of the situation in a call and Facebook post on Friday that said, "Hello. This is Matt Krajewski, principal of New Smyrna Beach High School. A former teacher from our school has recently been arrested and charged by the Volusia County Sheriff’s Department. We were informed of allegations regarding this teacher last March and the teacher was immediately removed and placed on leave pending the outcome of the investigation. As with all employees, a background check was conducted on this teacher showing no prior incidences or convictions." 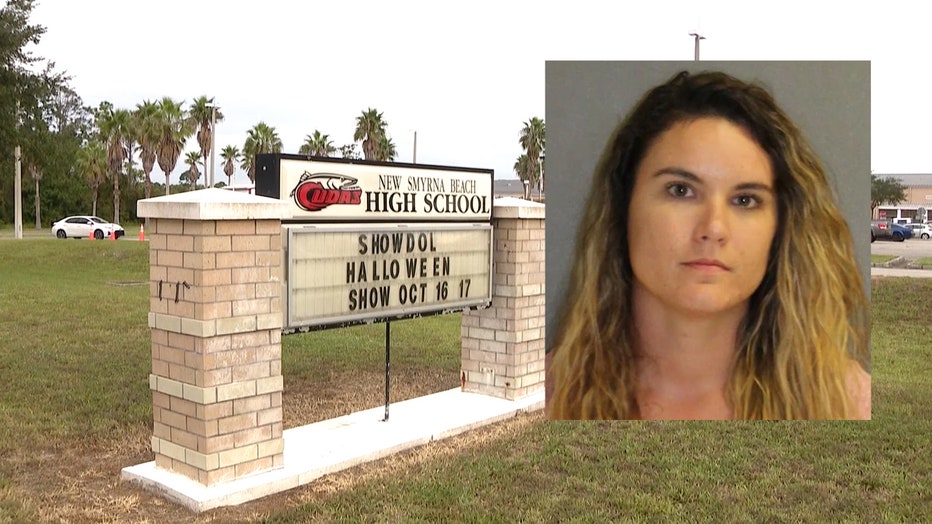 A judge signed a warrant for her arrest and Parris turned herself in on Thursday.  She was booked into the Volusia County Jail on a $25,000 bond which she posted Friday and was subsequently released without appearing before a judge.

Parris has retained Daytona Beach attorney Jeff Higgins in the case who released this statement Friday:

"Ms. Parris is presumed innocent of all allegations against her.  A seven-month investigation failed to produce even one bit of physical, digital, or scientific evidence corroborating these charges.  That lack of objective evidence raises serious questions as to the credibility of the accusations.  We at DaytonaDefense.com anticipate finding other holes in the investigation of this case and will work tirelessly to see Megan exonerated by the time this process is complete."

For many New Smyrna parents and students, the arrest this week was déjà vu. Last December, former New Smyrna Middle School teacher Stephanie Peterson was sentenced to three years in prison after pleading guilty to a sexual relationship with a 14-year-old student.

A court date for Parris has not yet been set.