FOX 35 Chief Meteorologist Glenn Richards has the latest tropical activity in the Atlantic Ocean and the Gulf of Mexico, including the formation of tropical depression No. 13.

ORLANDO, Fla. - The National Hurricane Center (NHC) in Miami is now tracking three tropical waves in the Atlantic, one of which was elevated to a tropical depression late Wednesday.

Tropical depression No. 13 formed about 850 miles east of the Windward Islands and is gradually becoming better defined. The system is expected to move generally west-northwestward at 15 to 20 mph, and interests in the northern Leeward Islands should closely monitor its progress.

All three tropical systems have the potential for development into something stronger. Whichever one develops first could become Tropical Storm Laura. 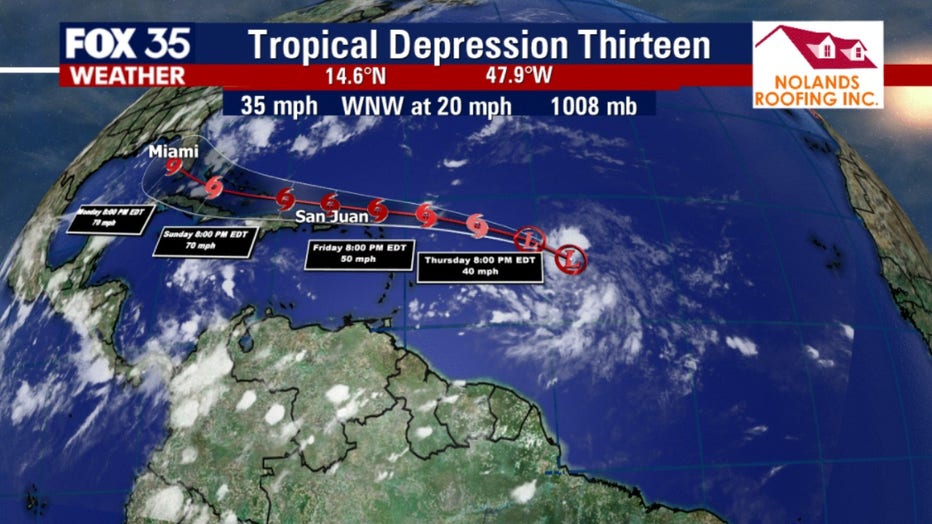 "Our forecast model does show it will continue to battle wind shear, so it's going to remain on the weak side and several models show the same thing," said FOX 35 Chief Meteorologist Glenn Richards, "but the big question is will it go over the mountainous terrain of Hispanola or will go over the Caribbean?"

Richards said tropical depression No. 13 will reemerge in the Gulf of Mexico and models take it west but Floridians should continue to monitor the system. 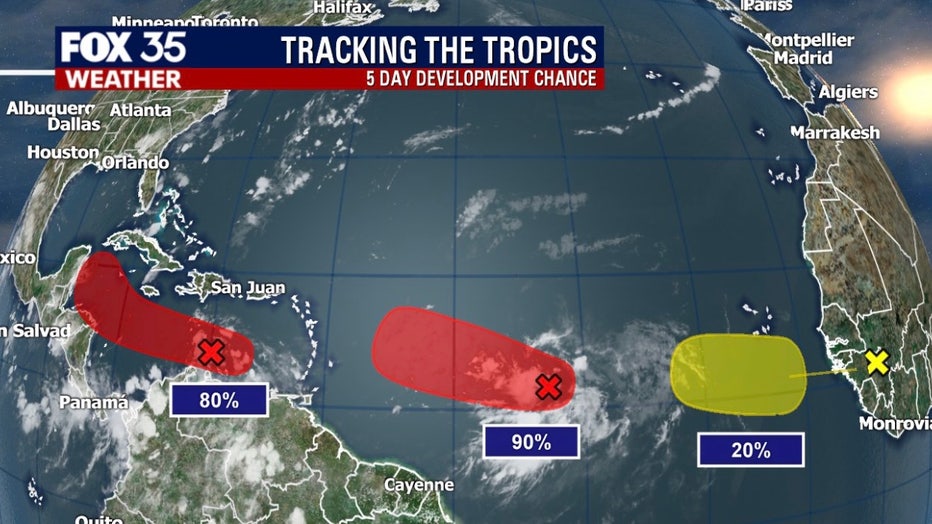 Meanwhile, another tropical wave is located over the eastern Caribbean Sea and is producing disorganized showers and thunderstorms, along with gusty winds in these thunderstorms.

Some gradual development of this system is possible over the next day or so while it moves westward at about 15 to 20 mph across the central Caribbean Sea. 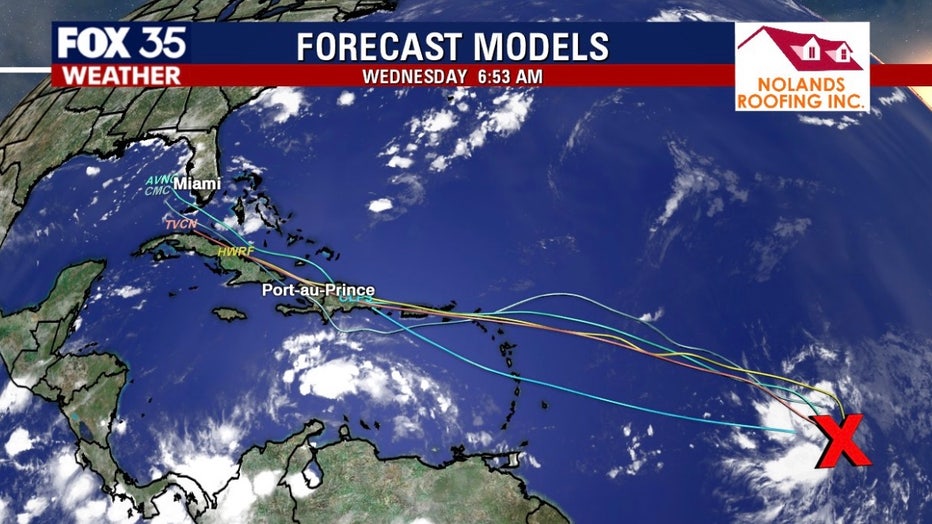 The third system forecasters are watching has a very low chance of developing. The NHC says it is located over Guinea and Sierra-Leone, Africa. Some development of this system could occur while the wave enters the eastern Atlantic on Friday. By early next week, however, conditions are forecast to become less favorable for tropical cyclone formation.

Forecasters have predicted that the season will have more activity than normal. For example, National Oceanic and Atmospheric Administration (NOAA) predicted an above-average season, with 13 to 19 named storms. 6 to 10 of those would become hurricanes and 3 to 6 of those are forecasted to become major hurricanes (category 3 or higher). In comparison, the 2019 Atlantic Hurricane season had 18 named storms, matching 1969 for the fourth most-lively season in the past 150 years.