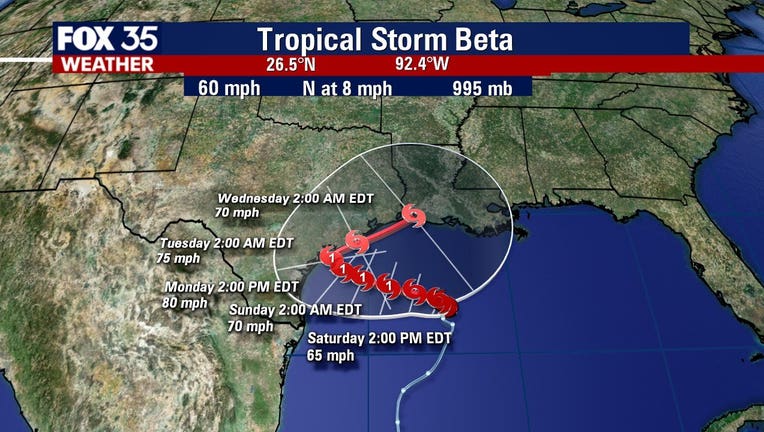 ORLANDO, Fla. - The FOX 35 Weather team is watching several systems in the Atlantic during this busy hurricane season.

On Friday, forecasters ran out of traditional names after Tropical Storm Wilfred formed and trotted out the Greek alphabet for subtropical storm Alpha. The geographically misplaced storm promptly sloshed ashore in Portugal. A short time later, Tropical Storm Beta formed in the Gulf of Mexico.

This is only the second time National Hurricane Center forecasters have had to pull out the Greek alphabet for names, with the last time being 2005. Tropical Storm Wilfred, the last of traditional names, officially formed little more than an hour before Alpha, prompting the hurricane center to tweet "get out the Greek alphabet." 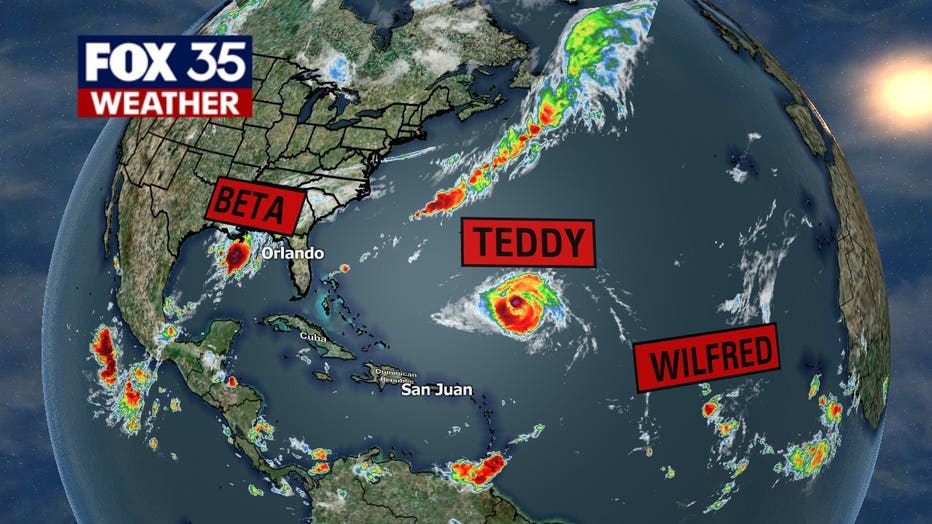 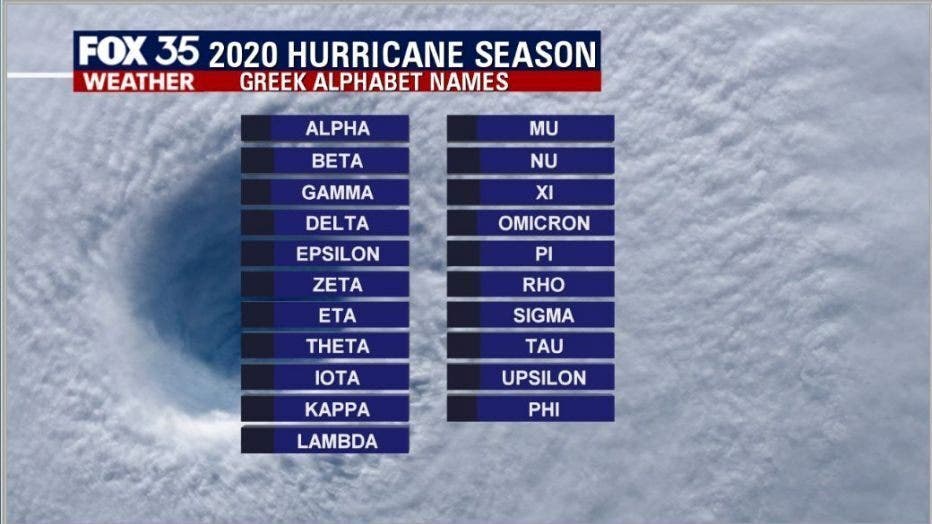 FOX 35 Chief Meteorologist Glenn Richards said Central Florida will not be directly hit by any tropical system this coming weekend, but windy conditions will persist.

"A developing wind surge event is shaping up to push a lot of water into our east coast, starting late Saturday. Expect wind and wet weather with dangerous boating conditions," Richards said. "Coastal flooding possible too." 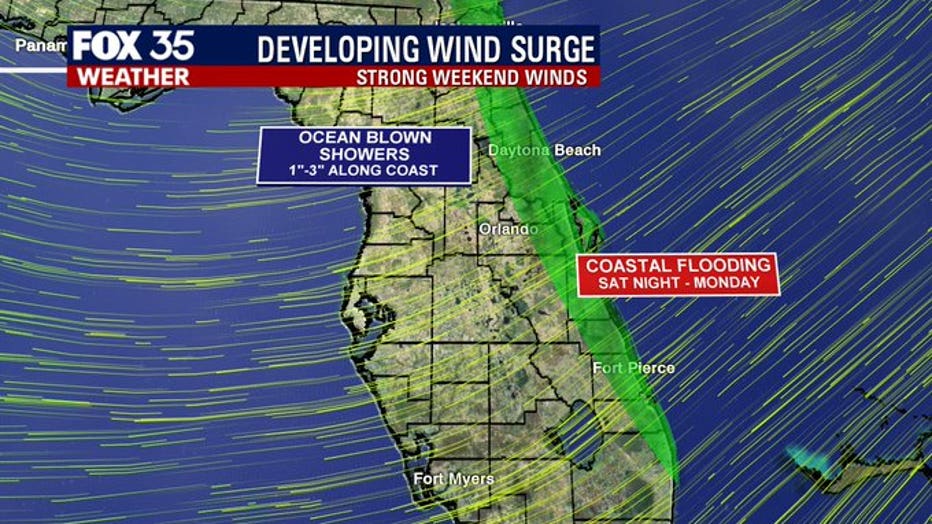 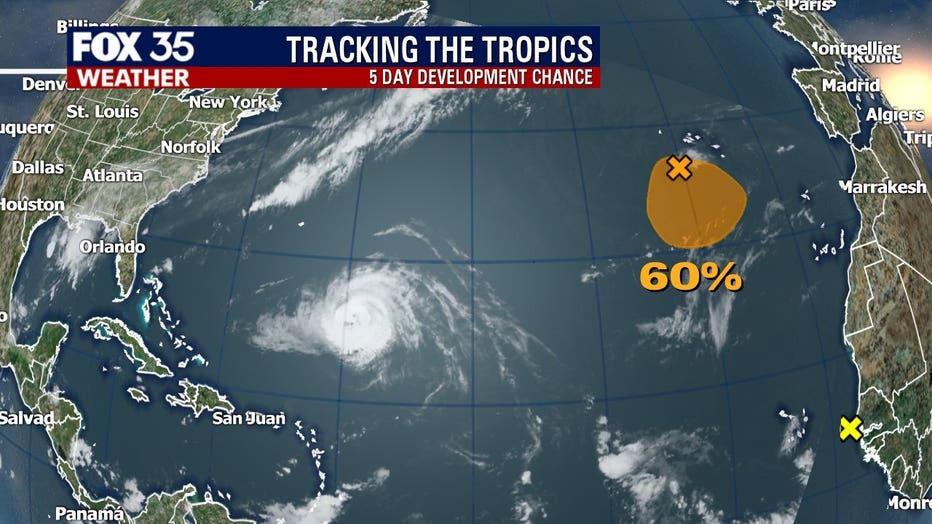 Tropical Storm Beta is slowly moving over the northwestern Gulf of Mexico at 2 mph. On the forecast track, the center of Beta will slowly approach the Texas coast into early next week. Maximum sustained winds are near 60 mph with higher gusts. Slow strengthening is forecast, and Beta is expected to become a hurricane on Sunday. 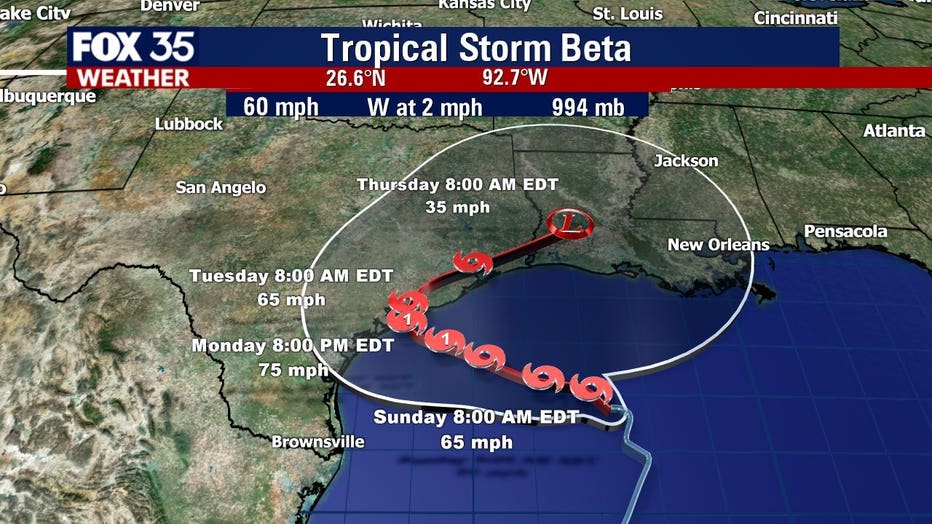 As of Saturday, Tropical Storm Wilfred is moving toward the west-northwest near 14 mph and this general motion is expected for the next few days. Maximum sustained winds are near 40 mph with higher gusts. Weakening should start this weekend and continue into next week. 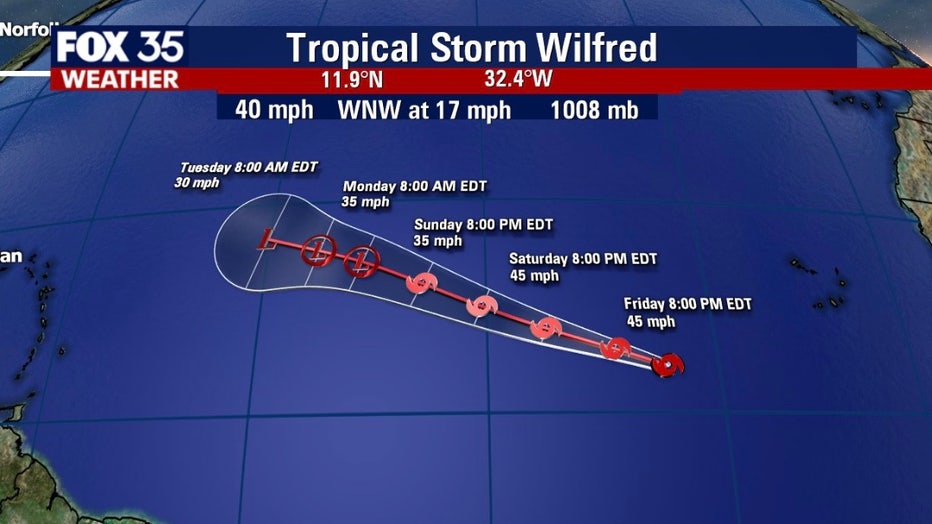 Hurricane Teddy is packing maximum sustained winds of 120 mph, making it a Category 3 storm. It is said to be moving northwest at 14 mph. The National Hurricane Center says while Teddy is no threat to Florida directly, swells from Teddy will begin affecting most of the east coast of the United States on Saturday and will reach Atlantic Canada by early Sunday. These swells are likely to cause life-threatening surf and rip current conditions. 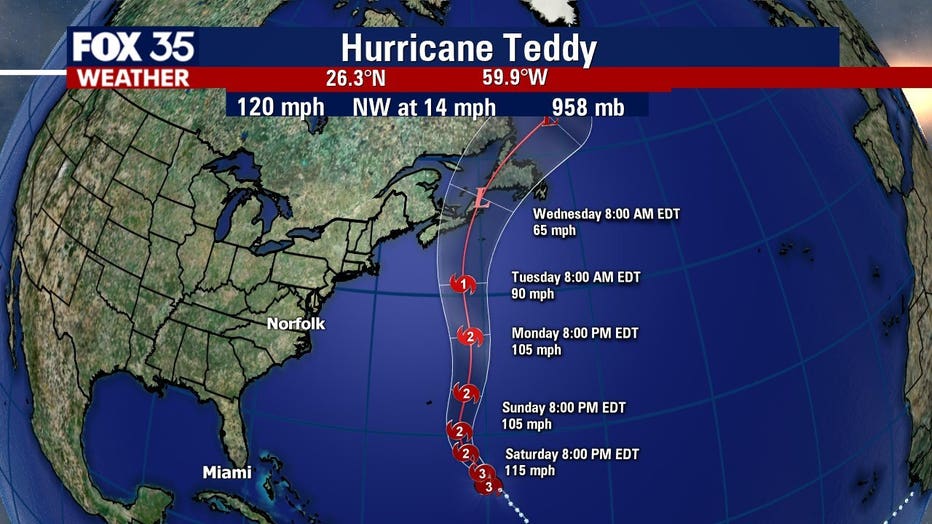 Watch FOX 35 News for the latest updates during this very active hurricane season.