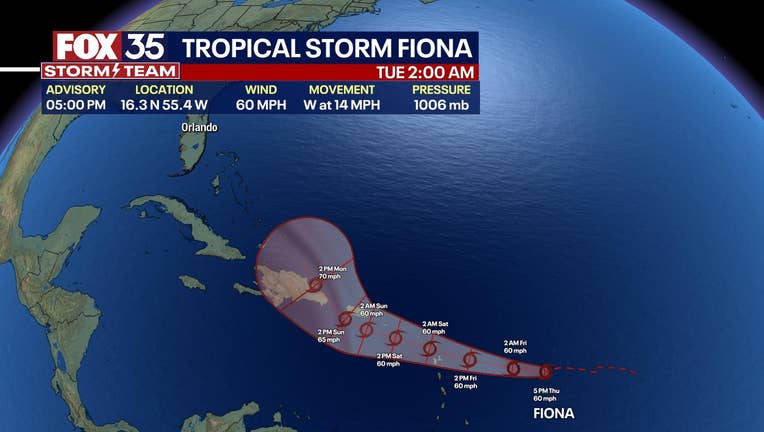 ORLANDO, Fla. - Tropical Storm Fiona is continuing to trek across the Atlantic – but is it headed toward Florida?

The National Hurricane Center says Fiona is located east of the Leeward Islands with maximum sustained winds of 60 mph.

Fiona is expected to produce up to eight to 10 inches of rain in Puerto Rico. Eastern Hispaniola can expect 4 to 8 inches of rainfall, with isolated maximum totals of 12 inches, the NHC said. These rains may produce flash and urban flooding, along with isolated mudslides in areas of higher terrain.

"On the forecast track, the center of Fiona is expected to move across the Leeward Islands Friday night and early Saturday, and move near the Virgin Islands and Puerto Rico late Saturday into Sunday," the NHC said in its latest advisory. 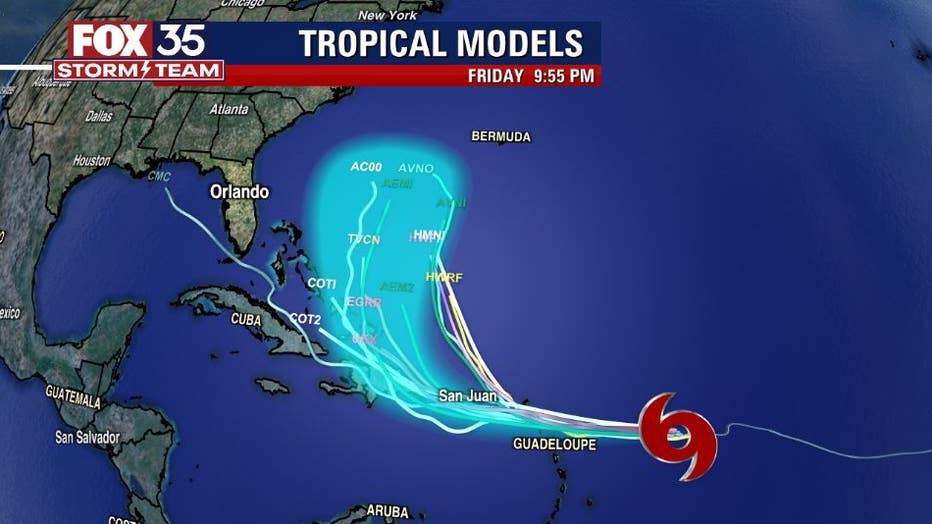 As of right now, our exclusive FOX MODEL shows Fiona will not have a direct impact on Florida, but ocean swells could be a concern at area beaches.

The FOX 35 Storm Team will be tracking Fiona every step of the way. 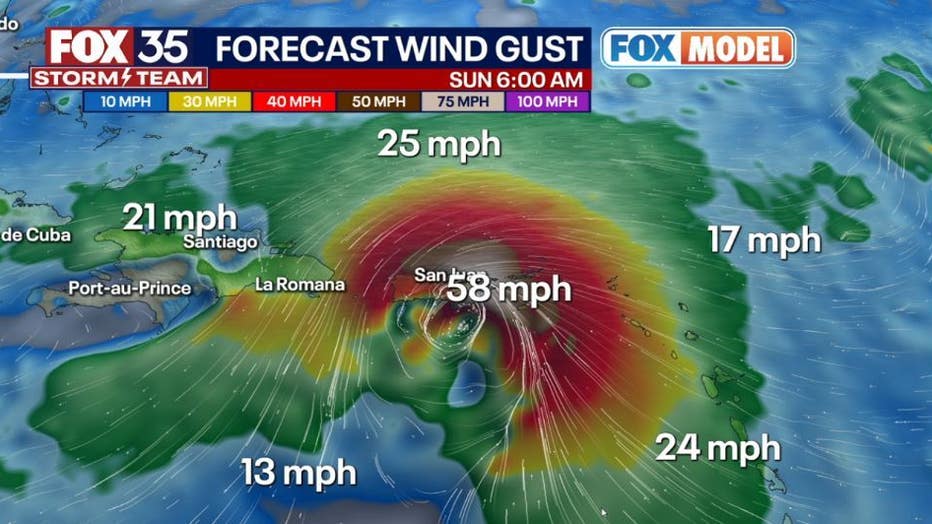