Tropical Storm Nana is expected to strengthen before it makes landfall in Mexico, while Tropical Storm Omar is headed away from the United States in the Northern Atlantic Ocean. 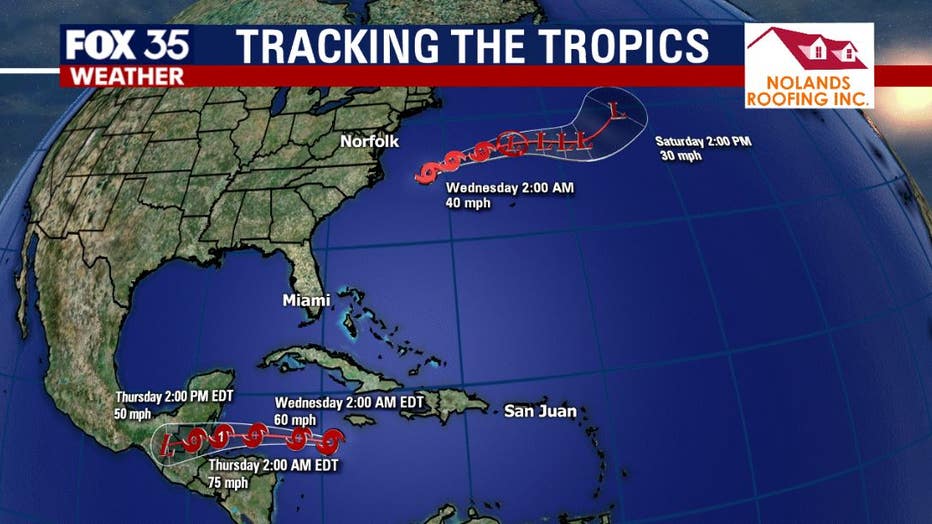 Nana is the 14th named storm of the 2020 Atlantic Hurricane season.

Meanwhile, Omar is the 15th named storm of the season.

It is also the earliest 15th named storm on record, according to FOX 35 Meteorologist Allison Gargaro.

Omar is moving away from the east coast of the U.S. at 15 mph.

Maximum sustained winds are at 40 mph, and as of the latest forecast, that will be the peak wind speed.

By Thursday, winds are expected to drop to 35 mph, with the storm likely dissipating by the weekend.

For example, National Oceanic and Atmospheric Administration (NOAA) predicted an above-average season, with 13 to 19 named storms.

Six to 10 of those would become hurricanes and three to six of those are forecasted to become major hurricanes (Category 3 or higher).