US Navy destroyer to be commissioned

The Navy's newest destroyer is named after a Central Floridian and is in Port Canaveral.

The ship is named after a Central Floridian and it will be commissioned this weekend.

The USS Delbert Black has hangar space for two Seahawk helicopters and can launch 95 tomahawk missiles. It is docked at Port Canaveral because it will be commissioned here over the weekend.

The U.S. Navy wanted the widow of the first-ever Master Chief Petty Officer in the Navy, Delbert Black, to be able to attend.

Master Chief Delbert Black and his wife, Mrs. Ima Black, retired to Florida where they continued to support military and veterans organizations.

FOX 35 News is told that Master Chief Delbert Black was selected as the First Master Chief Petty Officer of the Navy, the top enlisted sailor in the Navy who serves as the senior enlisted advisor to the Chief of Navy Operations. 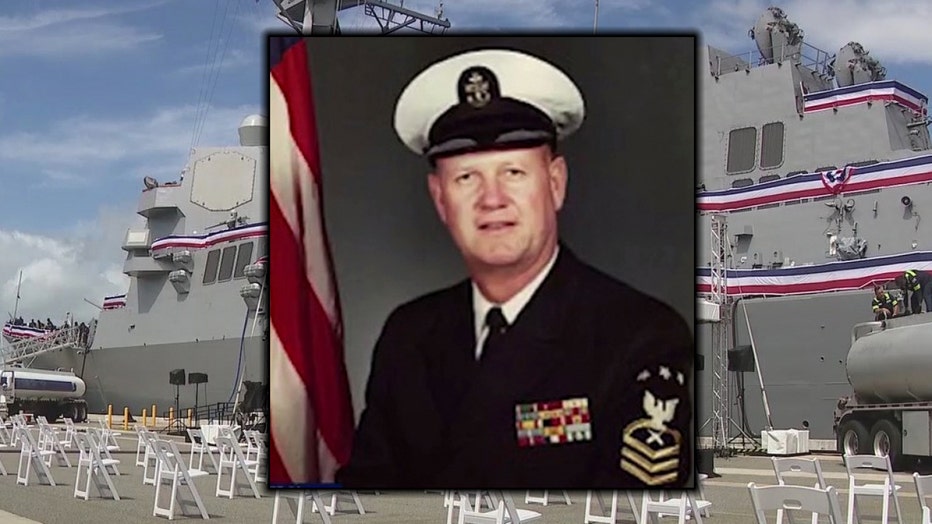 There are about 300 sailors on board the USS Delbert Black. They man, maintain and operate it. Some of them dress the ship up in red, white, and blue banners and flags. 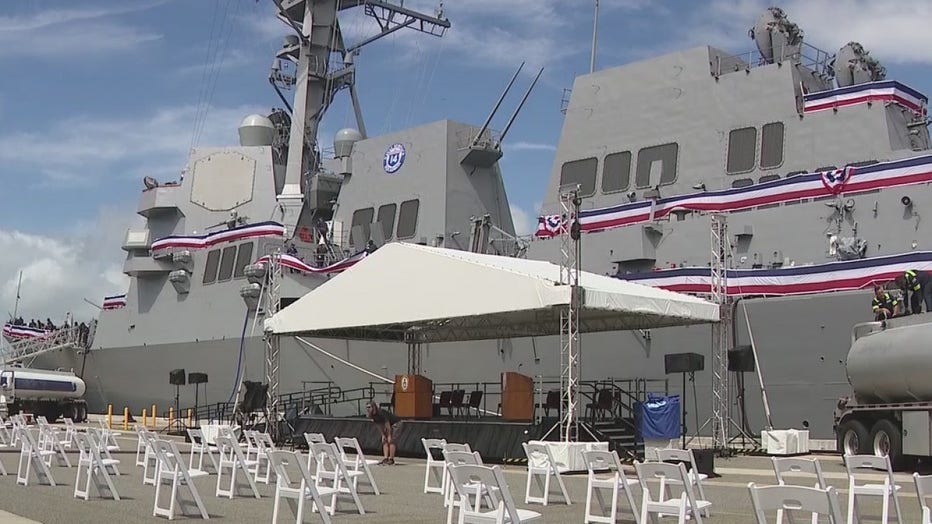 This is only the second time that such an important event will occur at Port Canaveral. The last time was in the 90s when the port hosted a commissioning ceremony. The Delbert Black destroyer was supposed to be commissioned last year but it was damaged when another vessel crashed into it, causing a delay.

The commissioning ceremony will be held on Saturday.