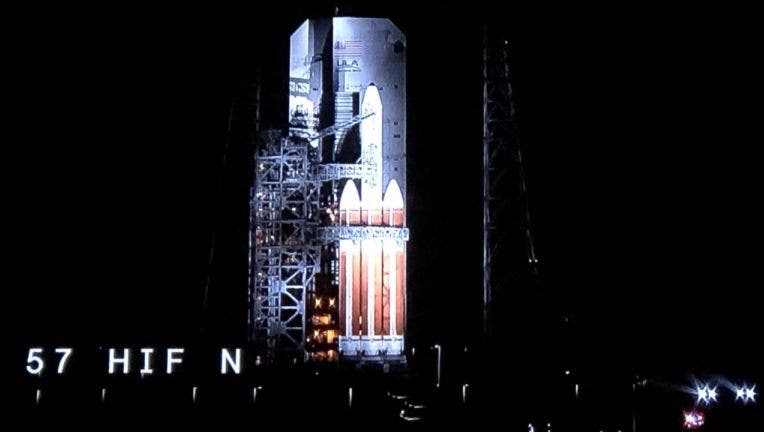 ULA says the mission is delayed due to an issue with the swing arm retraction system.

ULA is launching a classified spy satellite for the National Reconnaissance Office (NRO) aboard the ULA’s Delta IV Heavy rocket.

MORE NEWS: NASA details how $28B will be spent to return astronauts to the moon in 2024

The rocket is scheduled to lift off from Launch Complex 37 at Cape Canaveral Air Force Station.

“This rocket is the largest of the Delta IV family. Its triple-body rocket is formed by mounting three common booster cores together,” ULA said.

This will be 141st mission for United Launch Alliance and the 29th for the NRO. It is the 385th Delta launch since 1960 and the 12th Delta IV Heavy, according to ULA.

You can watch the launch live as it happens on FOX 35 News.