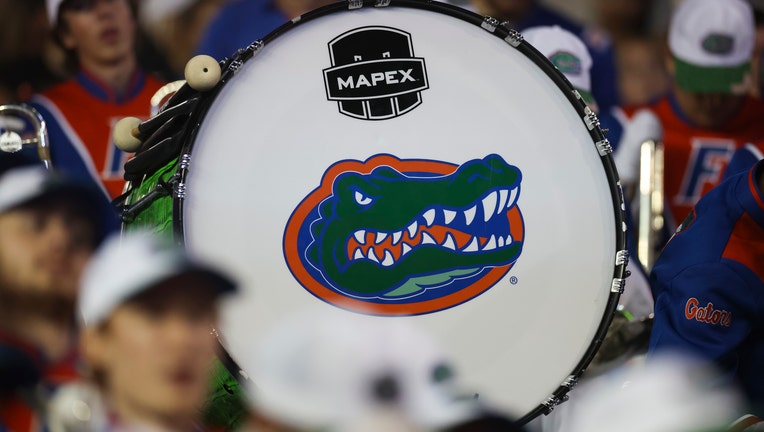 GAINESVILLE, FLORIDA - SEPTEMBER 17: A detail of the Florida Gators logo on a drum during the 3rd quarter of a game against the South Florida Bulls at Ben Hill Griffin Stadium on September 17, 2022 in Gainesville, Florida. (Photo by James Gilbert/Get

The University of Florida has pulled its scholarship offer from Marcus Stokes, a Nease High School quarterback after he posted a video of him saying the "N" word on social media while rapping a song.

Stokes issued an apology on Sunday where he explained that he was in his car listening to rap music and was rapping along to the words. He then posted a video of it on social media that drew outrage.

In his apology, Stokes said, "I respect the University of Florida's decision to withdraw my scholarship offer to play football. My intention was never to hurt anybody and I recognize that even when going along with a song, my words still carry a lot of weight."

Stokes had been committed to the Gators since July 7.