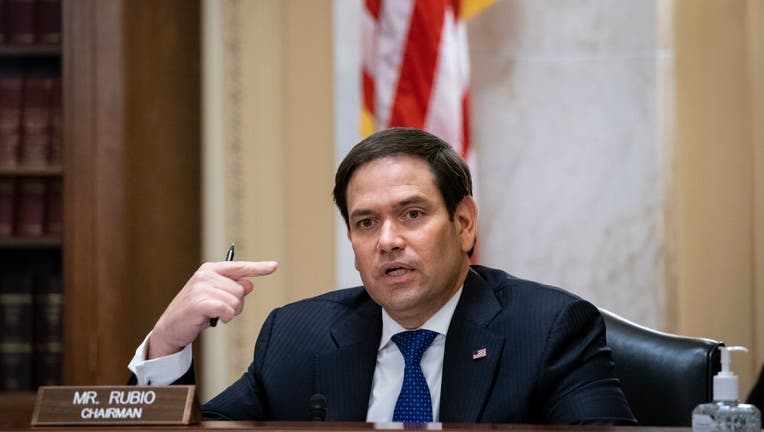 The Office of Naval Intelligence has an “Unidentified Aerial Phenomenon Task Force,” and U.S. Sen. Marco Rubio is requesting a detailed analysis of their findings.

The reveal of both the task force’s existence, as well as Rubio’s data request, came in a June 17 Select Committee on Intelligence report authored by Rubio on the Intelligence Authorization Act for Fiscal Year 2021.

Some legal experts have said the government may not have the legal authority to require that it be returned.

The report states that the committee supports the efforts of the task force to collect and standardize data regarding “unidentified aerial phenomenon, as well as their links to foreign governments and potential threats.”

“However, the Committee remains concerned that there is no unified, comprehensive process within the Federal Government for collecting and analyzing intelligence on unidentified aerial phenomena, despite the potential threat,” the report states.

The committee requested that the director of naval intelligence, in consultation with the secretary of defense and other agency officials, submit a report that includes:

The committee is requesting that the report be delivered within 180 days of the signing of the Intelligence Authorization Act for 2021.

Rubio and the committee’s efforts are the latest development in humankind’s ongoing efforts to determine if we are alone in the universe. In June, calculations performed during a scientific study suggested that there were at least 36 intelligent alien civilizations within our own galaxy.

RELATED: Scientists estimate at least 36 ‘Extra-Terrestrial Intelligent’ civilizations are in our galaxy

Over the years, the federal government has released footage of encounters with unidentified aerial phenomena. In April, the Pentagon declassified videos from 2004 and 2015 that showed saucer-looking objects.

“DOD is releasing the videos in order to clear up any misconceptions by the public on whether or not the footage that has been circulating was real, or whether or not there is more to the videos,” the agency said in a statement released along with the clips. “The aerial phenomena observed in the videos remain characterized as ‘unidentified.’”