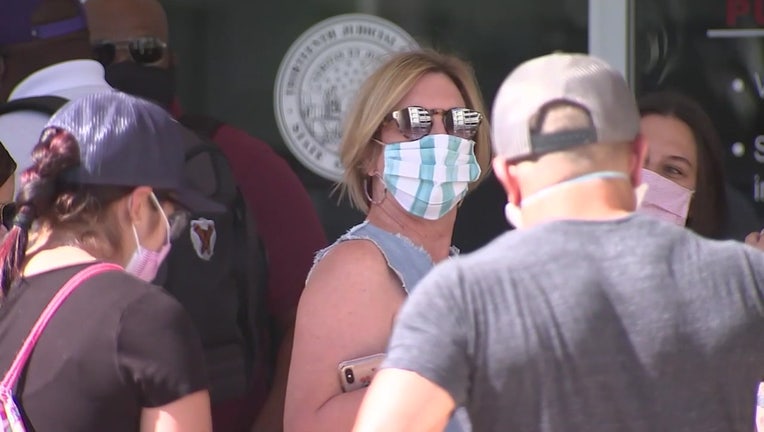 ORLANDO, Fla. - The majority of Floridians would support a statewide mask mandate, according to new survey from the University of South Florida.

Results provided by researchers at USF’s School of Public Affairs show that 87-percent of those surveyed would support a statewide mask mandate, with 73-percent indicting that they would ‘Strongly Support’ such a measure. In addition, 82-percent believe that prevention guidelines being emphasized by public health officials are effective in slowing the spread of the coronavirus. When it comes to the pandemic, 55-percent of those surveyed believe the worst is not yet behind us.

RELATED: "I want them to be safe": Furloughed Disney worker donates masks to teachers

Researchers surveyed 600 Floridians from across the state from July 30 through August 10 for their data.

In addition to face masks, Floridians weighed in on other areas including the reopening of schools and concerns about election season.

As for schools, 73-percent of respondents indicated that they would support a statewide decision to close public schools this Fall.