Vice President Mike Pence make two campaign stops in Central Florida on Saturday, including an event in The Villages.

"In three short years, with strong support of Latinos for Trump, we made America great again!" the vice president said to the cheering crowd.

Latinos for Trump say they want to see him in office for four more years.

"It’s very important we show our support for the president," said Nancy Acevedo, President of Republicans in Action.

Mildred Davila agreed and added, "I want to show my support for Mr. Pence."

According to Pew Research, there are more than one-and-a-half million Latinos that are eligible to vote in Florida, and more than half of them are immigrants. 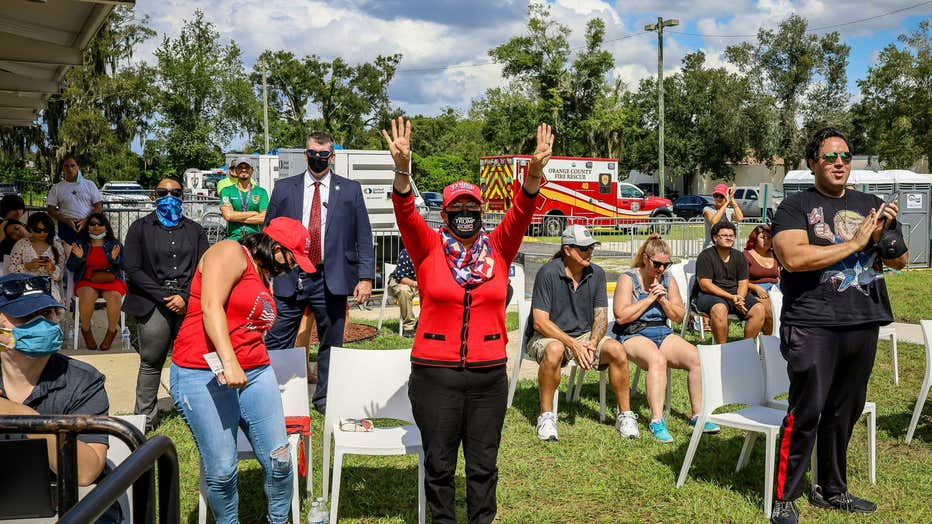 Damian Careintero said,  "We immigrated over here to have a better life, and expecting Trump, we’re gonna continue to have a free country."

During the rally, Pence made it point to mention Republican Puerto Rico Gov. Wanda Vázquez Garced's endorsement of  President Trump’s re-election bid. Vázquez Garced has served as Puerto Rico’s governor since Aug. 2019. She was set to appear at a Trump campaign rally in Florida last week prior to the president’s announcement that he had tested positive for coronavirus.

"Thanks to the president’s leadership, pharmaceutical manufacturing is coming back to the island. China is fired and Puerto Rico is hired!" Pence said. 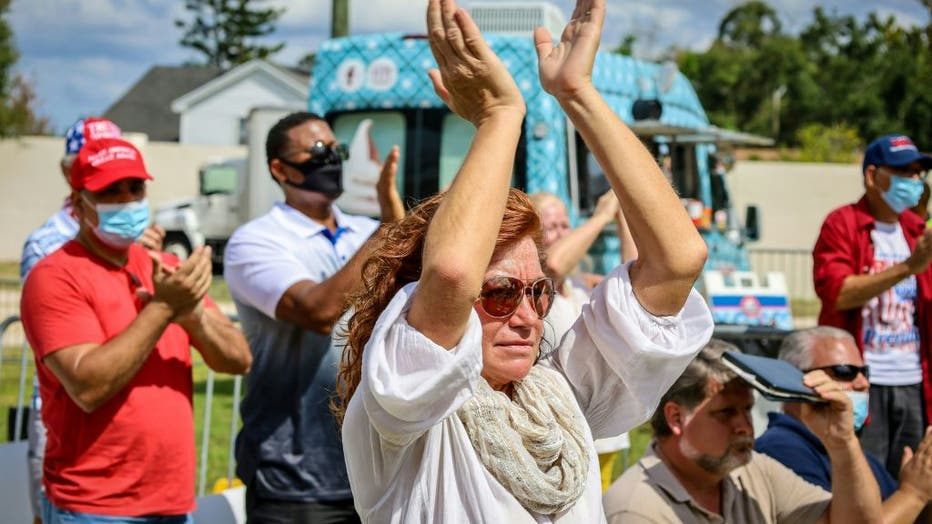 Davila explained, "A lot of Latinos, we have a lot of people that came from Puerto Rico when Hurricane Maria and that vote is important."

Christian Latinos said healthcare, a new vaccine, border security, and being pro-life, are issues of importance, especially with a new Supreme Court Justice on the way.

Pence said, "If you cherish faith, freedom, law and order and life, we need four more years of President Trump in the White House." 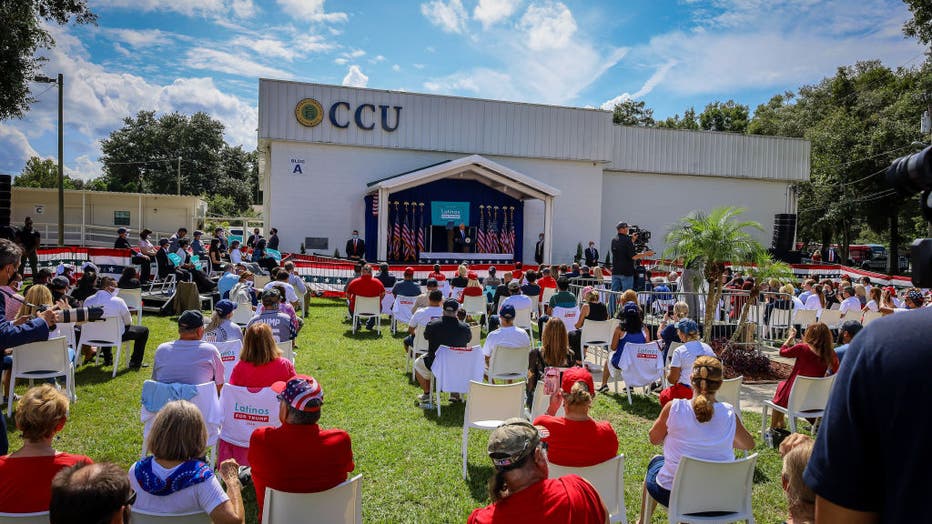 As for COVID-19, Pence said, "We’re slowing the spread, protecting the vulnerable and keep saving lives."

He added that more people are slowly getting their jobs back.

"After having lost 22 million jobs in the height of this pandemic, we’ve already seen 11-and-a-half million Americans go back to work, including  631,000 people here in Florida." 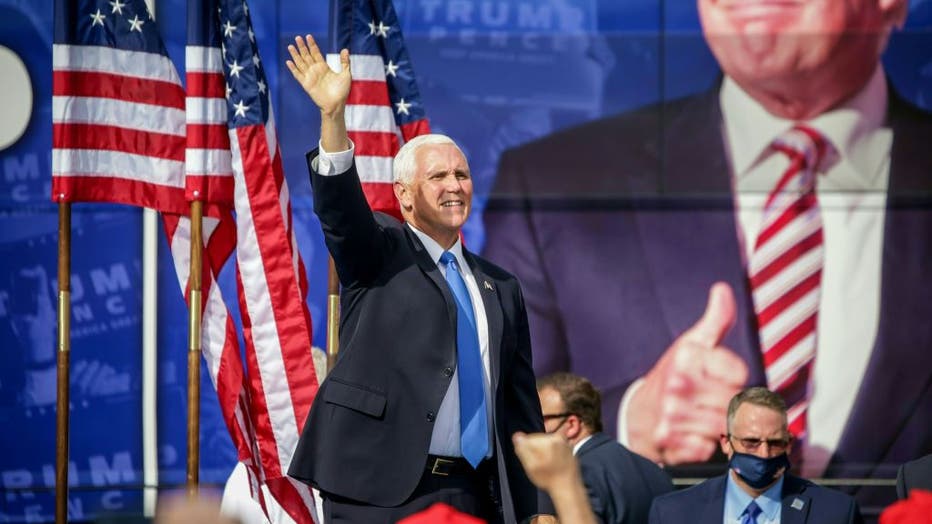 Supporters like Davila believe it will continue to get better, adding, "Show that Latinos are gonna vote for Mr. President Trump!"

Following the Orlando stop, Pence traveled by bus to The Villages, where he spoke to a larger crowd of supporters at Brownwood Paddock Square. 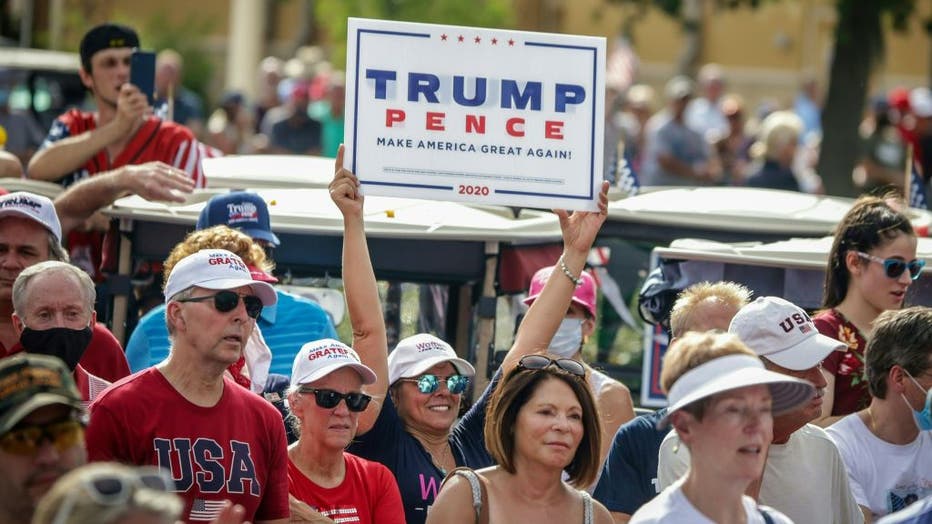 Attendees watch US Vice President Mike Pence as he speaks at a rally in The Villages, Florida on October 10, 2020. (Photo by ZAK BENNETT/AFP via Getty Images)

Aides say President Trump's campaign has seen an alarming drop in support among older adults in its internal research. The campaign's worries are supported by some public polls suggesting that Joe Biden could perform better among older people than Hillary Clinton did four years ago.

The shift appears to be driven largely by Trump's handling of the coronavirus, which affects these voters more acutely than others. Nowhere is the battle for the 2020 election more evident than in The Villages, the nation's largest retirement community, located in the all-important swing state of Florida.

Many of the people attending Saturday's rallies said they were planning to be at President Trump’s rally in Sanford on Monday.

The president revealed that he had tested positive for the coronavirus last week  He was then taken to Walter Reed National Military Medical Center on Oct. 2  but returned to the White House on Oct. 5 after receiving aggressive treatment including an antibody cocktail.

President Donald Trump on Saturday made his first public appearance since returning to the White House after being treated for the coronavirus.  Trump delivered an address on his support for law enforcement from Blue Room balcony to a friendly crowd.