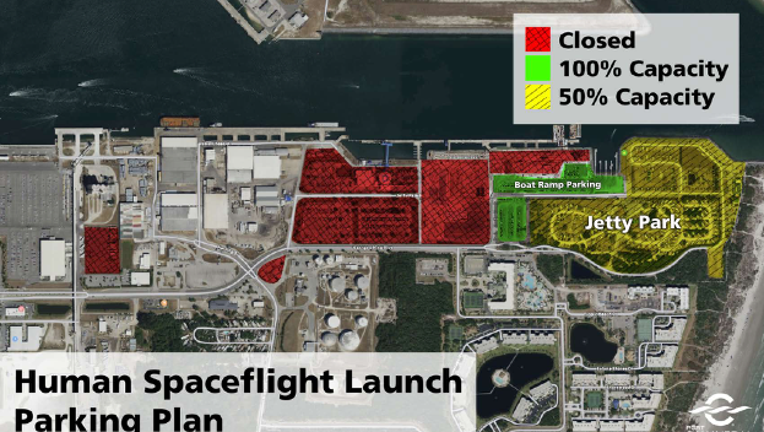 CAPE CANAVERAL, Fla. - Port Canaveral has released its plan for public access to the Port for viewing the liftoff of SpaceX’s Crew Dragon, the first crewed mission launched from the U.S. since 2011.

The launch was scheduled for May 27, at 4:33 p.m. from Launch Complex 39A at Kennedy Space Center north of the Port but was scrubbed. SpaceX will try again on Saturday afternoon.

Due to the coronavirus pandemic, access to popular launch viewing points at Port Canaveral will be limited, and traffic in and around the Port will be controlled. 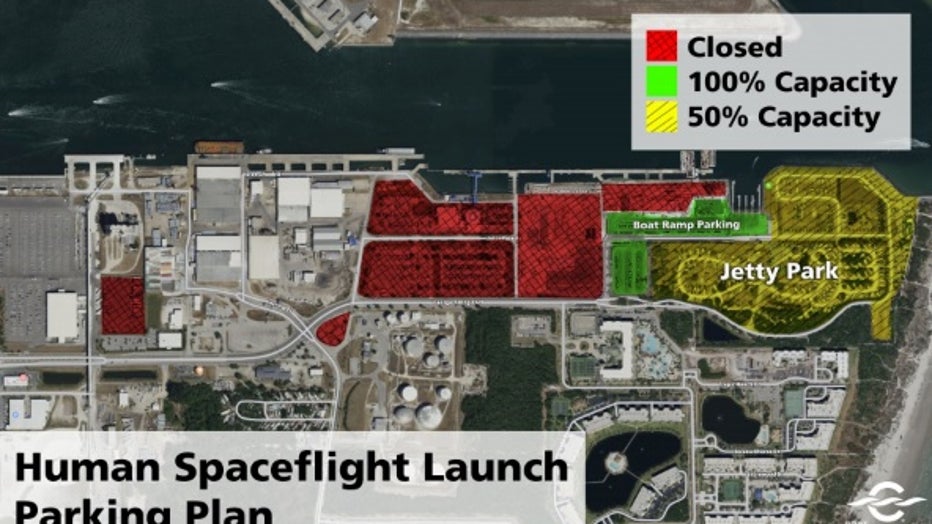 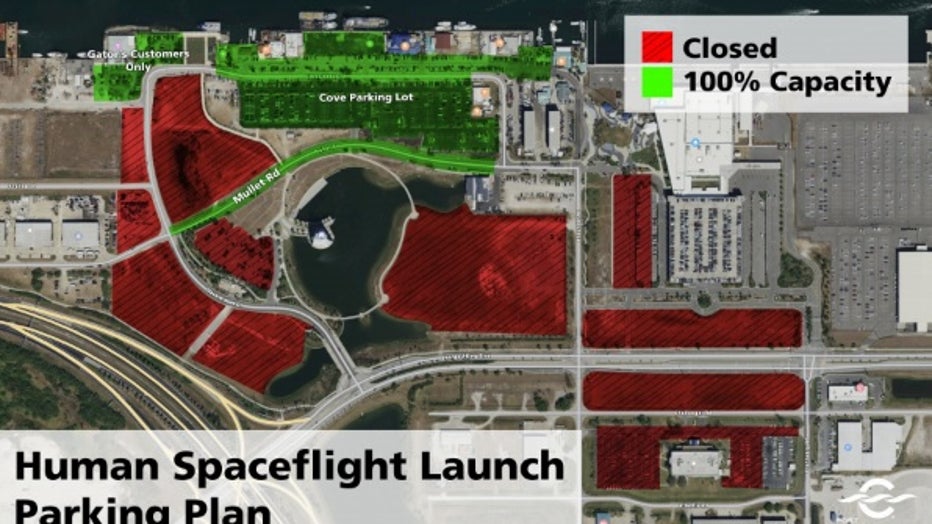 “We recognize this launch will be a seminal moment in Brevard County’s long history of involvement with space flight and one that has generated tremendous public interest,” said Port CEO Capt. John Murray. “We collaborated with Space Florida, participated in the County’s planning process, and worked in partnership with state and local agencies to address some of the public’s demand while maintaining our continued focus on public health and safety.”

Parking is limited to Annual Passholders;
Lot will close when 50% vehicle capacity is reached. No walk-ins or bicyclists will be allowed to enter the park.

BOAT RAMPS PARKING
Freddie Patrick Boat Ramps and Rodney S. Ketcham Park Boat Ramps vehicle and trailer parking will be open and available to boaters on a first-come, first-serve basis until capacity is reached. Boat Ramps parking lots are exclusively for boater vehicles and trailers using boat ramps. Limited single-vehicle parking is available. Boaters at all times – whether parking at ramp lots or not— may access the ramps to drop their boat and tackle and seek parking elsewhere.

Paved parking lot south of the Cove dining district with be open exclusively for Cove merchant patrons. Lot will be closed when maximum vehicle capacity is reached.

Paved parking spaces on Mullet Drive to the north of the Exploration Tower and adjacent to Cove dining will be open. No should parking will be allowed.

When the launch happens, you will be able to watch it live on FOX35ORLANDO.COM.