A second arrest has been made after a Burger King employee was fatally shot, allegedly because she had to wait for her food.

ORLANDO, Fla. - A woman has been arrested after she became irate in a long line at a Burger King drive-thru in Orlando and gave her husband his gun during an altercation with an employee, deputies say. He allegedly went on to shoot the employee, killing him.

The Orange County Sheriff's Office said that on Sunday, a woman at the Burger King at 7643 E. Colonial Dr. became irate over a long ling in the drive-thru. She exited her vehicle, banged on the glass window of the drive-thru, and threatened to bring her 'man' to the restaurant because of it. She was eventually refunded and asked to leave by an employee, identified as 22-year-old Desmond Armond Joshua Jr.

They said that the woman soon returned to the Burger King with a man, identified as 37-year-old Kelvis Rodriguez-Tormes. He demanded a fight with Joshua Jr. and put him in a headlock and began to choke him. The fight was broken up but Rodriguez-Tormes then armed himself. Shortly after, gunfire was heard and Joshua fell to the ground.

Rodriguez-Tormes has reportedly been arrested on charges of First Degree Murder with a Firearm, Destruction of Evidence, and Possession of a Firearm by a Convicted Felon.

The Orange County Sheriff's Office said that they later identified 31-year-old Ashley Mason as the woman with Rodriguez-Tormes, who is said to be her husband. She was arrested in connection to the case on charges of Principal to First Degree Murder and Aggravated Assault with a Firearm. 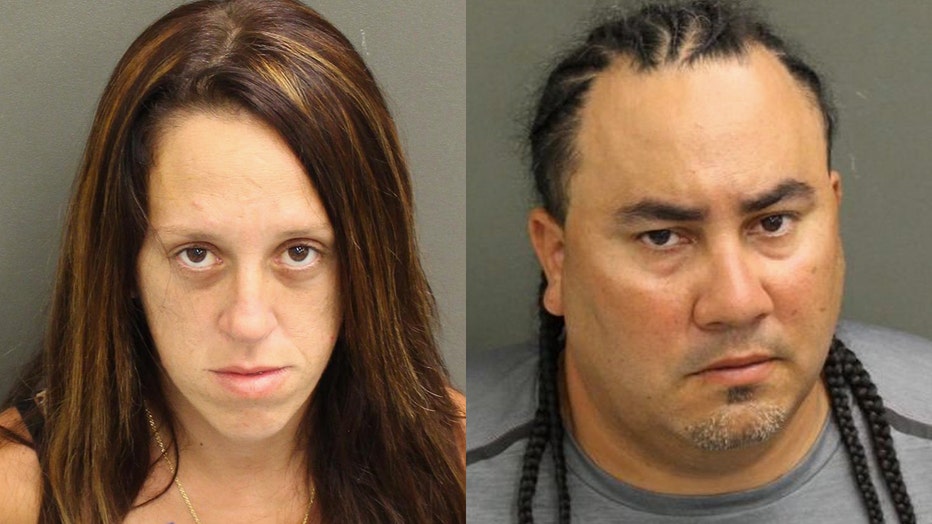 An arrest warrant from the Sheriff's Office said that Mason took the gun from her husband's truck and gave it to him prior to him firing his weapon in the Burger King parking lot. After hearing the gunfire, Mason told deputies that she got scared and went home to decide her next actions. She noted that her husband returned home shortly after and told her "I messed up." The two debated calling 911 but never did. Deputies soon arrested him.

Rodriguez-Tormes also told authorities that fired on Joshua Jr. while he was four to six feet away, claiming he was moving towards him, the arrest warrant said. Another employee at the Burger King told law enforcement that Joshua Jr. was just "talking ****" and was not striking Rodriguez-Tormes.