BRIDGEWATER, Tasmania - A woman narrowly missed serious injury when a motorist drove off with a petrol pump still attached to their car at Bridgewater, Tasmania, on July 19.

In a video captured on Tas Petroleum’s CCTV, a car is seen leaving with the fuel nozzle in their vehicle.

The hose connecting the nozzle to the bowser later flings back at high speed, narrowly missing a woman as she stands next to the pump.

Tas Petroleum told Storyful the woman had not been injured and had been offered a voucher for free fuel. 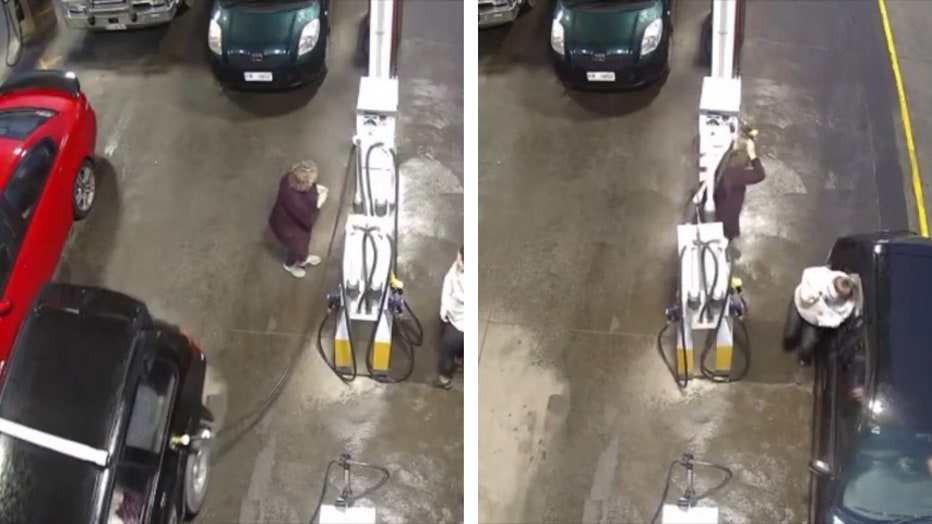