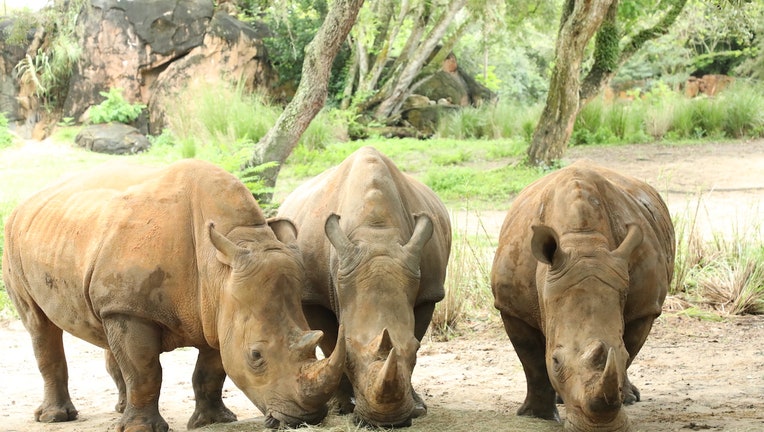 Dr. Mark Penning, the Vice President of Animals, Science, and Environment at Disney Parks, made the announcement on Tuesday, which is also World Rhino Day. He said that this is the first time in the park's history that they have ever had this many horns and hooves on the horizon.

Disney said that Dr. Natalie Mylniczenko has performed routine checkups and ultrasounds on the rhinos during their pregnancies. Typically, the gestation period for rhinos is about 16 to 18 months. The park's animal care team will be ready to welcome the rhino calves upon their arrival, helping them get acclimated quickly. They weigh between 88 and 140 pounds at birth and can stand up within the first hour.

The expecting rhinos were all picked through Species Survival Plans overseen by the Association of Zoos and Aquariums to ensure the responsible breeding of endangered species, Disney added. They all share the fame father, Dugan. He is the herd's bull.

Rhinos are said to be the world's second-largest land animal and among the most endangered animals in the wild due to poaching.