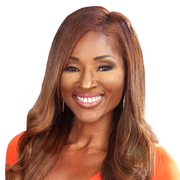 The Berkeley, California native graduated from the University of California at Berkeley with a B.A. in Mass Communications and received her Master’s Degree in Radio and Television from San Francisco State University.

Danielle is conversationally fluent in Spanish and is married with 3 beautiful sons who inspire her every day.