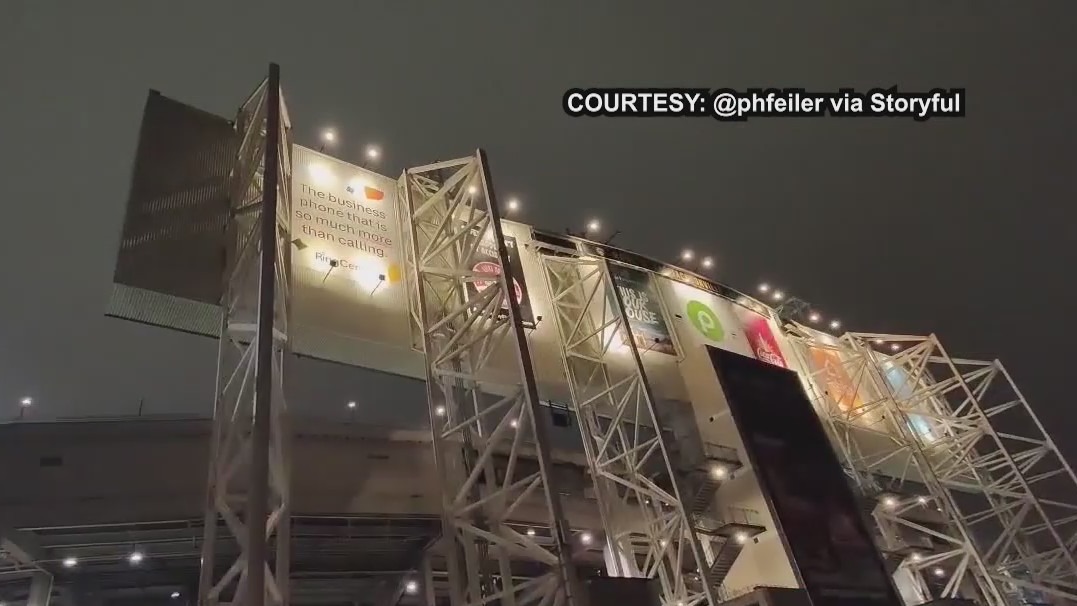 During the football game between the Florida Gators and Georgia Bulldogs on Saturday night, the phrase “Kanye is right about the Jews” was projected on the outside of one of the end zones at the TIAA Bank Field stadium in Jacksonville, Florida. It was a reference to recent anti-Semitic comments that Ye has made on social media and in interviews.

The University of Central Florida Knights still have plenty to play for this football season, but they've got their eye on next season's big move to the Big 12 Conference. FOX 35 Sports Anchor Adam Shadoff spoke with UCF Athletic Director Terry Mohajir about this historic moment.

It was media day for UCF Football and the big question remains as to who will be starting quarterback.

UCF Football's season is over but the 'Bounce House' will be hosting one more game this Saturday, the All-star Hula Bowl

College football kicks into high gear this weekend as UCF hosts the Boise Broncos and the Florida Gators welcome the FAU Owls.

So the Gus Malzahn era at Central Florida is officially underway. His Knights opened up spring practice on Monday. They will have 14 spring practices, wrapping up with the Spring Game on April 10 at Spectrum Stadium.

The University of Central Florida's football team has a new head coach, and he is certainly no stranger to college football. UCF has hired Gus Malzahn to be the Knights' coach a little more than two months after he was fired by Auburn.

It did not take long for the University of Central Florida to find a new athletic director, and we got to meet the new man in charge on Wednesday. Terry Mohajir , the former Arkansas state AD has quite the resume as well. His first task will be to find a new head football coach.

There are multiple reports the University of Central Florida has hired Terry Mohajir to be the Knights new athletic director. The Knight's official Twitter account even sent out a cryptic tweet about it. Mohajir is the current A.D. at Arkansas State. He represents the Sun Belt on the College Football Playoff Committee. He has hired multiple successful head football coaches for the Red Wolves and recently oversaw a $29 million football facility project. UCF officials still have no comment.

University of Central Florida football coach Josh Heupel has left to take over as the Tennessee Volunteers’ head coach.

University of Central Florida's athletic director, Danny White, is leaving the school to become the new A.D. at the University of Tennessee.

UCF and USF face off on Friday. Even though this is the first UCF match for USF Head Coach Jeff Scott, he is well aware of the history this rivalry has and the traumatic sustained by McKenzie Milton two years ago.

The game between the Florida Gators and the LSU Tigers has been postponed after there was an outbreak among the UF football team.

The Florida Gators reports six football players have tested positive for the coronavirus. It remains unclear how this might impact the season opener against Ole Miss

Several UCF Football players will not be playing this season, opting out due to concerns over coronavirus.

Several college football programs have delayed practice during the coronavirus pandemic and one school has opted to postpone a game.

Two major college football conferences are pulling all fall sports, but the it remains unclear if others may follow.

Former UCF star Tacko Fall has spent the lockdown in Boston meeting with children's groups and charities, but he is also conditioning for play when the season resumes.