FOX 35 meteorologist Alison Gargaro gives the latest in the tropics.

Tropical Storm Gamma made its way across the Yucatan Peninsula overnight and is moving through the Gulf of Mexico on Sunday. It is bringing heavy cloud cover and a surge of tropical moisture into east Central Florida. 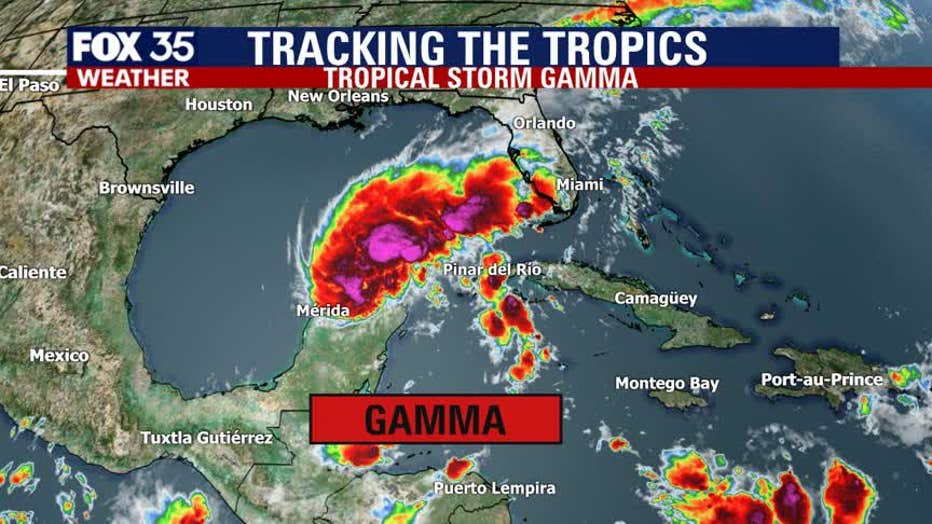 The National Hurricane Center (NHC) says that it has maximum sustained winds of 60 mph and is moving north at 2 mph. It will soon take a sharp turn to the west-southwest. After turning, it will meet plenty of wind shear, which will weaken the storm. 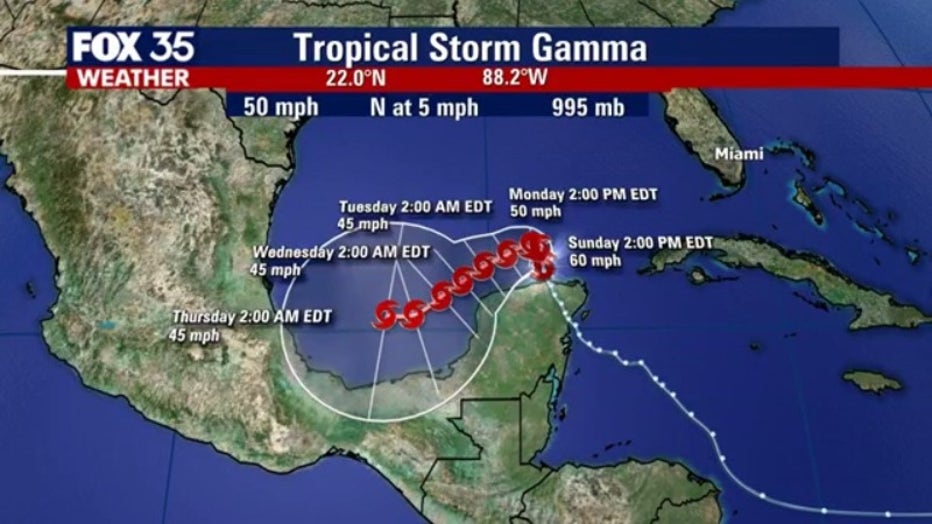 There are three other systems moving through the tropics. 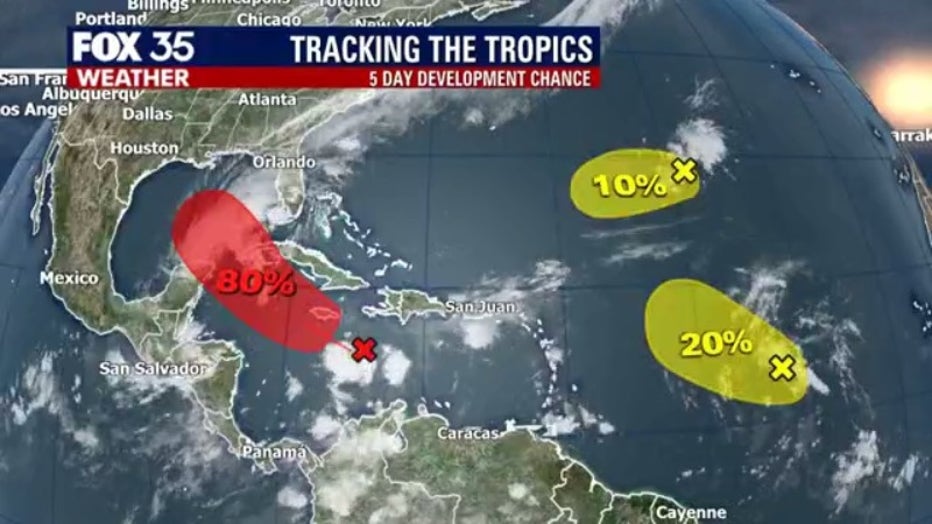 One of them, a tropical wave over the Caribbean Sea, has an 80 percent chance of development over the next five days. It is showing some organization and environmental conditions are expected to be conducive for further development, NHC says. A tropical depression is could form and it could then become our next named storm, 'Delta.' 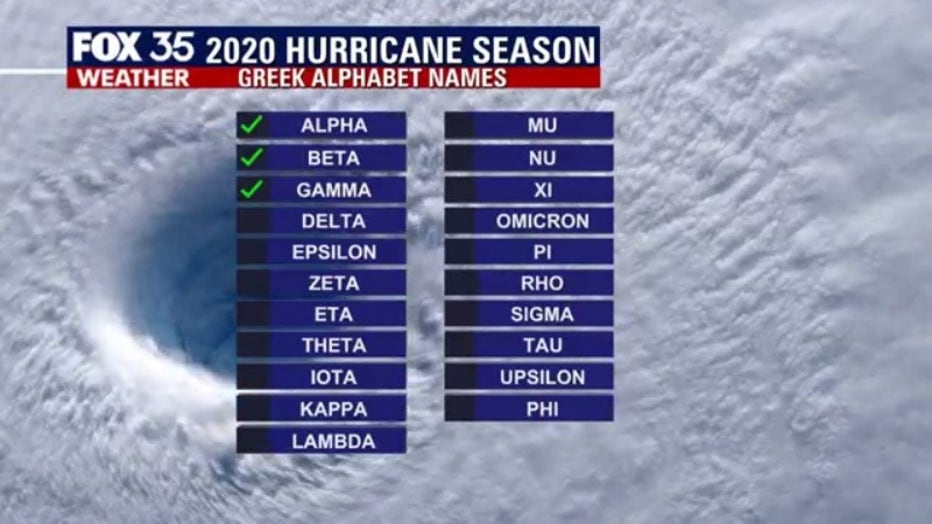 Another tropical wave is located over the central tropical Atlantic and is unlikely to develop. The NHC says it has just a 10 percent chance of formation.

A third system about 1000 miles east-southeast of Bermuda also reportedly has a 10 percent chance of formation.

Tune in to FOX 35 Orlando for the latest on the tropics.