ORLANDO, Fla. - A tropical wave over the west-central Caribbean Sea is producing a large area of disorganized showers and thunderstorms.

The National Hurricane Center (NHC) says there is a high chance this system develops by this weekend.

"A tropical depression is likely to form over the northwestern Caribbean Sea or the south-central Gulf of Mexico, possibly before the system reaches the Yucatan Peninsula on Saturday," the NHC said. 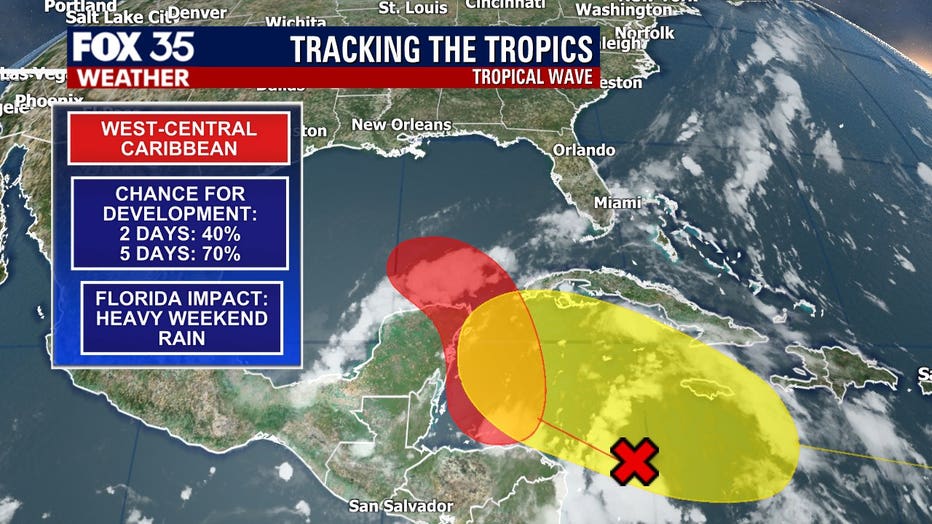 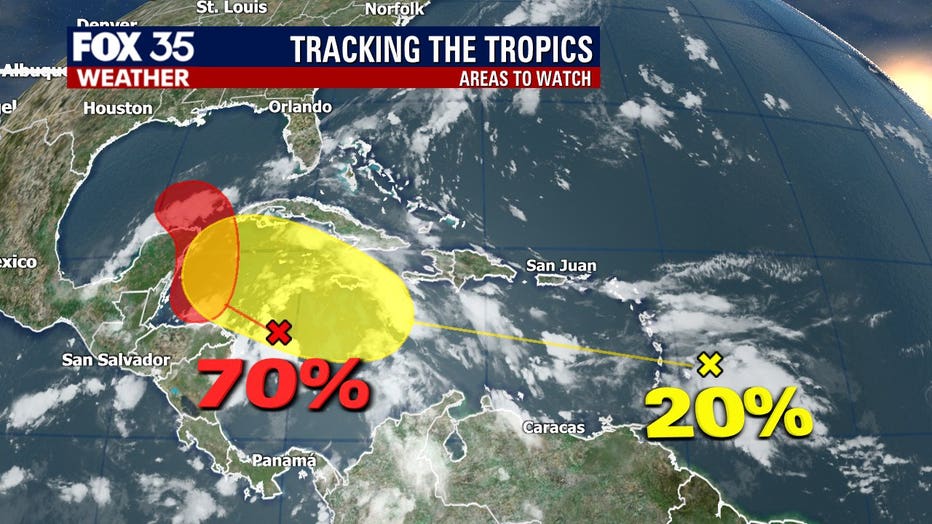 As of Thursday, the NHC said there is a 70-percent chance of development over the next 5 days.

The system could bring some deep tropical moisture to Florida over the weekend, specifically on Sunday.

If it develops further, it would be named Gamma.

There is also an area of disturbed weather near the Lesser Antilles.

The wave is moving westward at 15-20 mph, and could develop early next week. The 5-day development chance is low, at 20%, according to the NHC.

The last time the Greek alphabet was used in the Atlantic was in 2005, the year of Hurricane Katrina.

With a total of 27 storms that year, the first six letters of the Greek alphabet were used: Alpha, Beta, Gamma, Delta, Epsilon and Zeta.