Cleanup under after storms cause major damage

The storms on Saturday brought heavy rain and tornadoes to Central Florida.

On Saturday, much of the region was hit by severe weather. Tropical Storm Cristobal was moving toward the Gulf Coast, bringing heavy wind and rain to the state of Florida. Several tornadoes even touched down, causing widespread damage.

FOX 35 reporter Matt Trezza traveled through Orange County on Sunday morning to see the destruction. He spotted several roofs completely ripped off the top of homes, debris all over the ground, broken cinderblocks, and a lot of damaged vehicles. 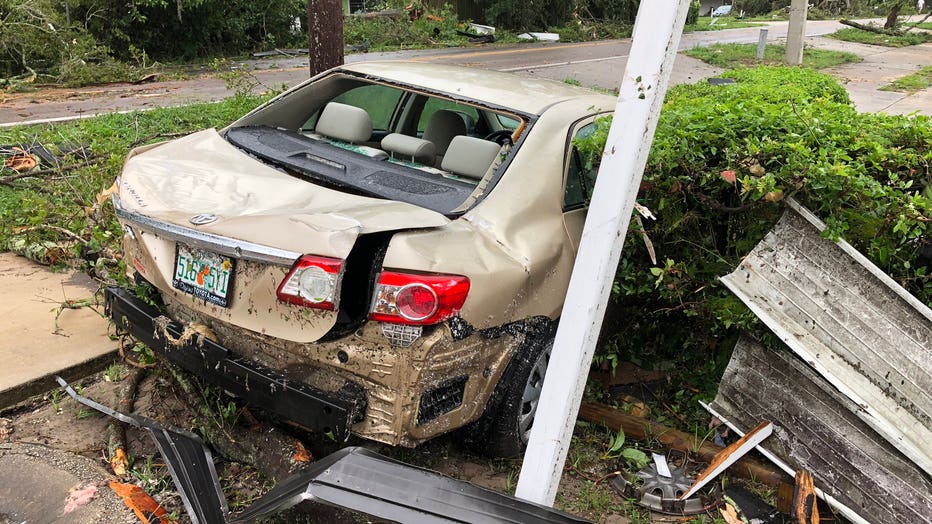 Orange County Fire Rescue said that they started getting calls around 7 p.m. on Saturday night regarding the storms. They found at least eight homes with major damage and lots of downed trees and power lines.

On Sunday, the National Weather Service (NWS) confirmed that a tornado did move through Orlando that night. Classified as a EF1, the tornado moves through the Ferncreek and Lake Magaret area at 100 to 105 miles per hour. It started as a waterspout on Lake Conway.

The storm forced several families from their home but Orange County Fire Rescue confirmed that there were no injuries.

“Everything happened so quickly. My door slammed shut from the suction, our ears popped, and I just held my kids in the bathroom hoping everything would be okay,” said Alicia Wellesley, whose home was damaged by the tornado. 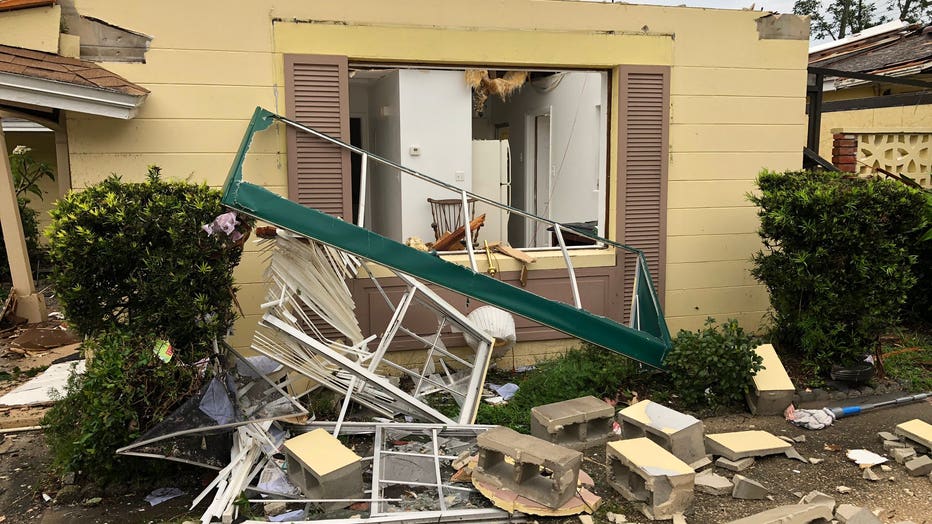 “His car was parked right here. Ended up over there,” her neighbor, Terri Young, added. “So the car had to be moved before the roof landed, I'm sure, otherwise it couldn't have gotten through there.”

MORE NEWS: Spike in Florida cases continue, as another 1,180 cases are reported by health officials

Orange County is deploying teams to assess the damage across the county.

“Severe weather is one of those incidents where seconds are critical,” said Orange County Fire Rescue Div. Chief Michael Wajda. "When word goes out to take shelter, you don't have much time to react, so take shelter immediately."

People on Fern Creek Ave said they appreciated the help, stating that "we don't want to leave" and that "we're just want to stay here and take care of our homes.”

More storms are expected on Sunday afternoon, but they are not forecasted to be as severe as on Saturday. However, there is a risk for isolated thunderstorms and flooding.

FOX 35 meteorologist Alison Gargaro gives the latest on the weather in Central Florida.

Orange County Fire Rescue advises that you "pay attention to your cellphone when weather alerts go out. When messages go out, to take cover, take cover and take it seriously."

The Central Florida Red Cross is meeting with people in the affected Orange County neighborhood to provide them with temporary shelter and cash if they need it.