We are tracking three tropical waves in the Atlantic and Caribbean including a tropical depression off the coast of the Carolinas.

ORLANDO, Fla. - FOX 35 is continuing to keep a close on eye on four systems developing in the tropics.

An area of low pressure that moved off the coast of Florida over the weekend has developed into a tropical depression near the Carolinas, according to the National Hurricane Center (NHC).

Tropical depression No. 15 could become named and will track offshore of the eastern seaboard, moving away from Florida. 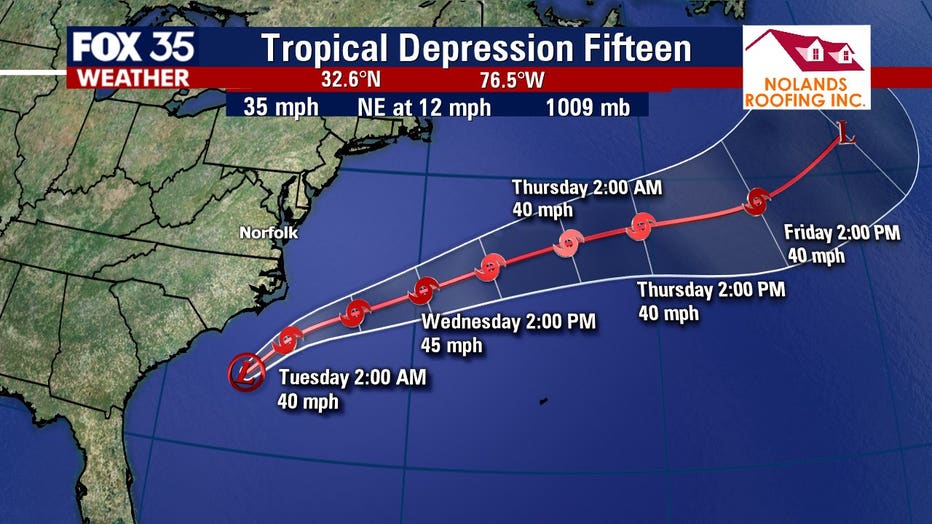 Showers and thunderstorms associated with a tropical wave near the Lesser Antilles is moving westward at 15 to 20 mph. The disturbance is still relatively disorganized, but some gradual development is possible over the next few days as it moves across the western Caribbean. The NHC has given this area an 80 percent chance of development in the next five days. Jamaica, Honduras, Belize, Guatemala and Yucatan should remain on guard.

Closer to western Africa, a tropical wave several hundred miles southwest of the Cabo Verde Islands has a low chance of development due to unfavorable environmental conditions. The system is moving slowly westward over the Atlantic Ocean. The NHC says it has a 10 percent chance of development over the next five days. 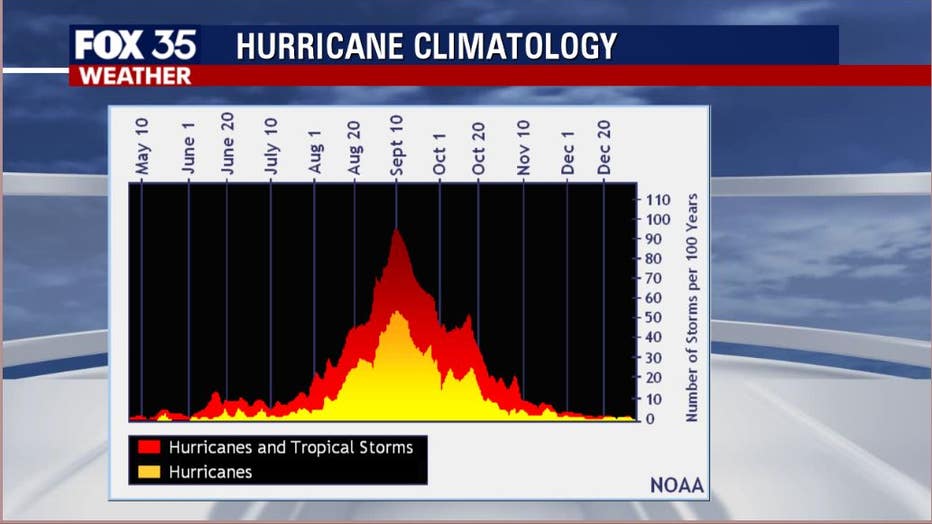 Environmental conditions over the eastern Atlantic don't look great for development, but we are entering the peak of the 2020 Atlantic Hurricane Season on Sept. 10 so anything could happen.

Download the FOX 35 Weather app to stay up-to-date on weather happening in your area or if severe weather is headed your way.