Tropical Storm Cristobal has formed in the Gulf of Mexico, the National Hurricane Center (NHC) announced on Tuesday afternoon.

FOX 35 meteorologist Jayme King says that Cristobal is expected to bring widespread rain to Florida as it slowly moves west.

The tropical activity became a depression just off the Yucatán Peninsula on Monday afternoon. It has since upgraded into a tropical storm and is still in the southwestern Gulf of Mexico, bringing tremendous rain to Central America.

The latter half of the week and the weekend is forecasted to be very wet. It will bring a lot of rain and moisture to the entire southeast United States, including Florida. 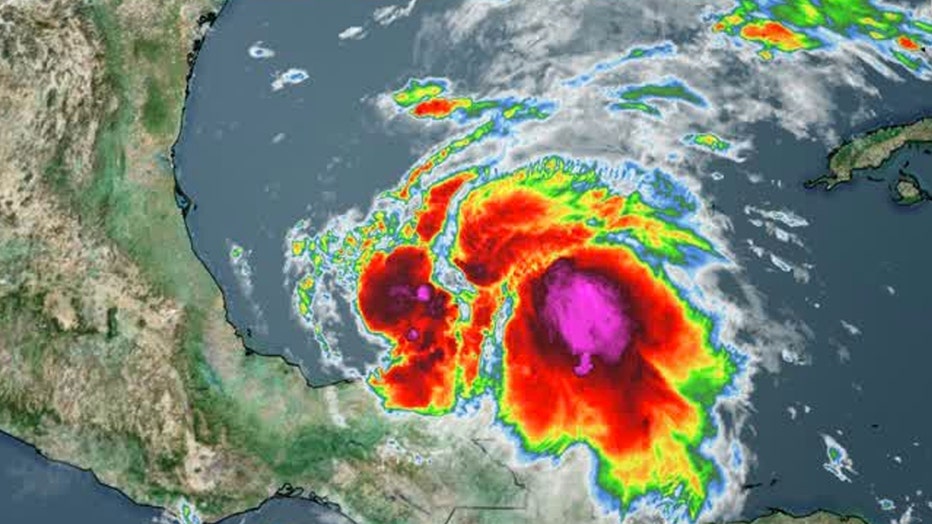 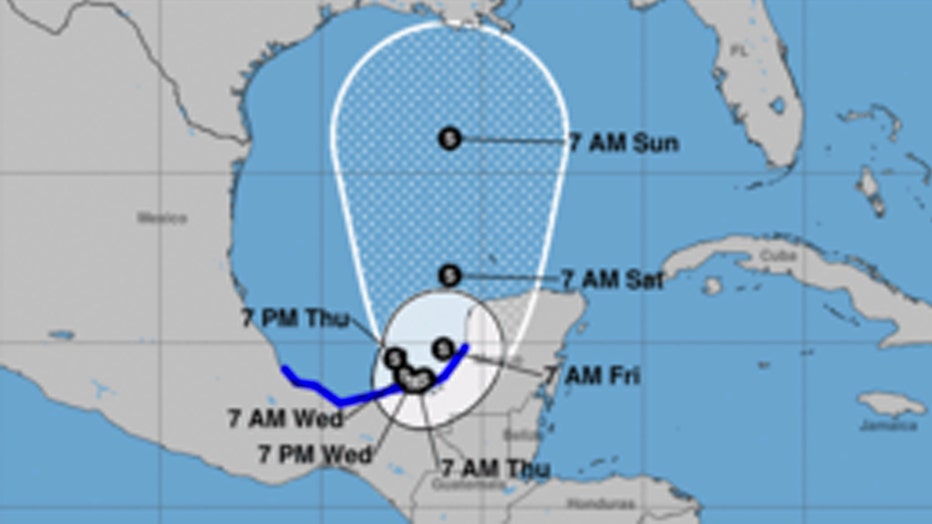 There is still some uncertainty about where the tropical storm could go, as the spaghetti plot models are all over the place. However, FOX 35 meteorologist Jayme King believes it will go into the northern Gulf of Mexico by the late weekend or early next week. 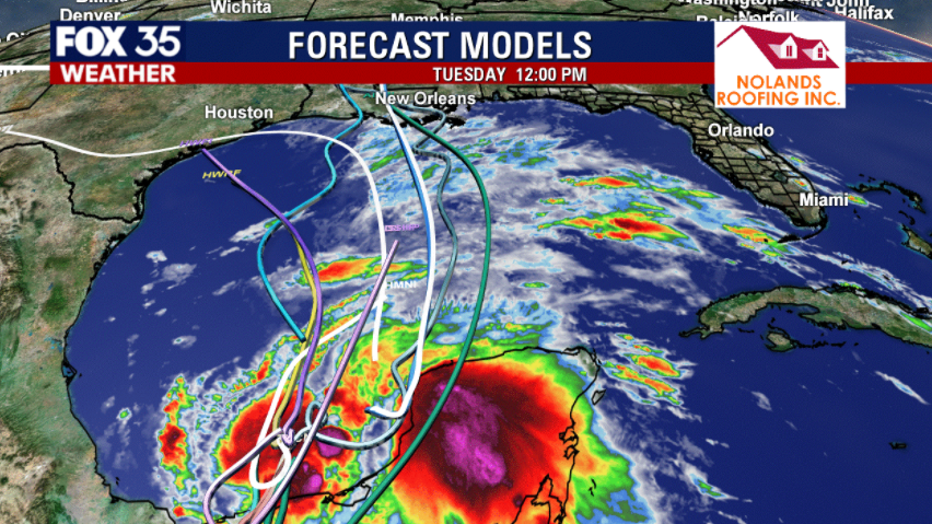 Hurricane season officially began on Monday, meaning Florida residents should be prepared for the possibility of incoming tropical activity.

Beginning Friday, May 29, the hurricane tax free holiday allows Floridians to stock up on supplies and save money. It runs through June 4.

The 2020 Atlantic hurricane season will go until November 30th. Forecasters predict that the season will more activity than normal. For example, the National Oceanic and Atmospheric Administration (NOAA) predicted an above-average season, with 13 to 19 named storms. 6 to 10 of those would become hurricanes and 3 to 6 of those are forecasted to become major hurricanes (category 3 or higher).

RELATED: If you're in the path of a hurricane, here's what to do

Only time will tell how many storms and hurricanes we actually will have. In the last couple of weeks, the Atlantic already saw the development of Tropical Storm Arthur and Tropical Storm Bertha form.

It could be a more active hurricane season this year. Coastal counties are beginning to prepare for the season while also addressing coronavirus safety concerns.

Tune in to FOX 35 Orlando for the latest weather updates and severe weather alerts.