FOX 35 meteorologist Jayme King gives the latest in the tropics.

ORLANDO, Fla. - Tropical Storm Delta has formed and is strengthening. It is expected to become a hurricane on Monday night or Tuesday. Meanwhile, Tropical Storm Gamma is weakening while churning in the Gulf of Mexico.

Tropical Storm Delta formed on Monday morning. The National Hurricane Center (NHC) says that it has maximum sustained winds of 60 mph and is expected to strengthen more. It should become a hurricane on Monday night or Tuesday.

The system is reportedly located about 165 miles south-southwest of Negril, Jamaica. It is moving west-northwest at 7 mph. It should move near or over the Cayman Islands on Monday night, approaching the Isle of Youth or western Cuba on Tuesday. 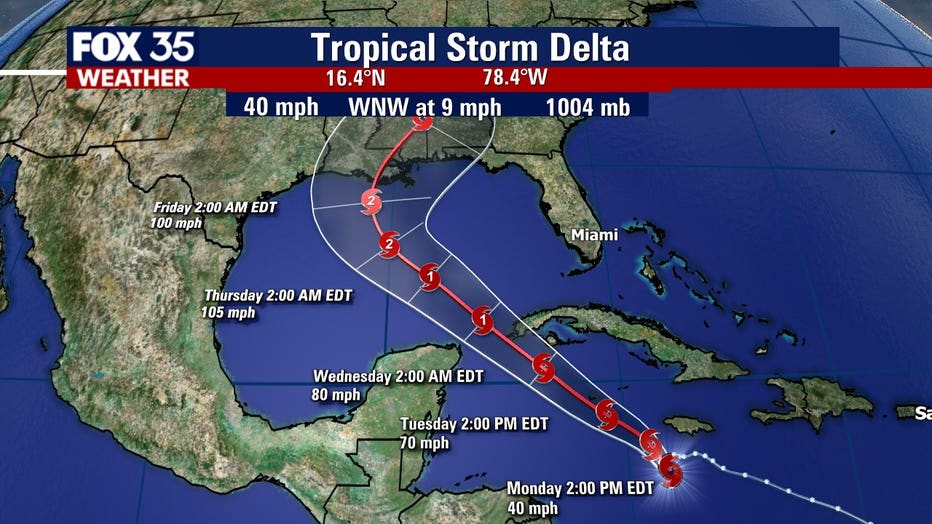 According to the latest advisory from the NHC, Tropical Storm Gamma is located about 160 miles east-northeast of Progreso, Mexico. It is moving southwest at 4 mph. It is expected to make landfall along the Yucatan Peninsula on Tuesday. 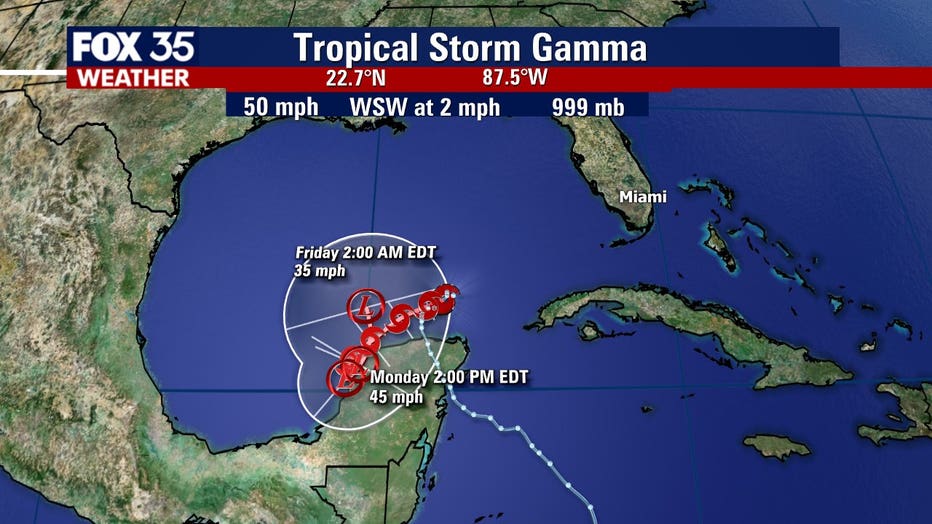 NHC says Gamma currently has maximum sustained winds of 40 mph. Slow weakening is expected over the next two days. It should become a depression and then a remnant low on Monday night.

Tune in to FOX 35 Orlando for the latest in the tropics.