FOX 35's Glenn Richards has the latest on both storms.

ORLANDO, Fla. - According to the latest update from the National Hurricane Center, Tropical Storm Laura has shifted further west, putting it further off the west coast of Florida.

Marco is moving north-northwest at 13 mph, with maximum sustained winds of 40 mph.

The storm is forecasted to move near the Yucatan Peninsula on Saturday.

As for Laura, the NHC said the storm is moving north-northwest at 18 mph, with maximum sustained winds of 45 mph.

By Saturday, Laura is expected to be by the Virgin Islands and Puerto Rico. 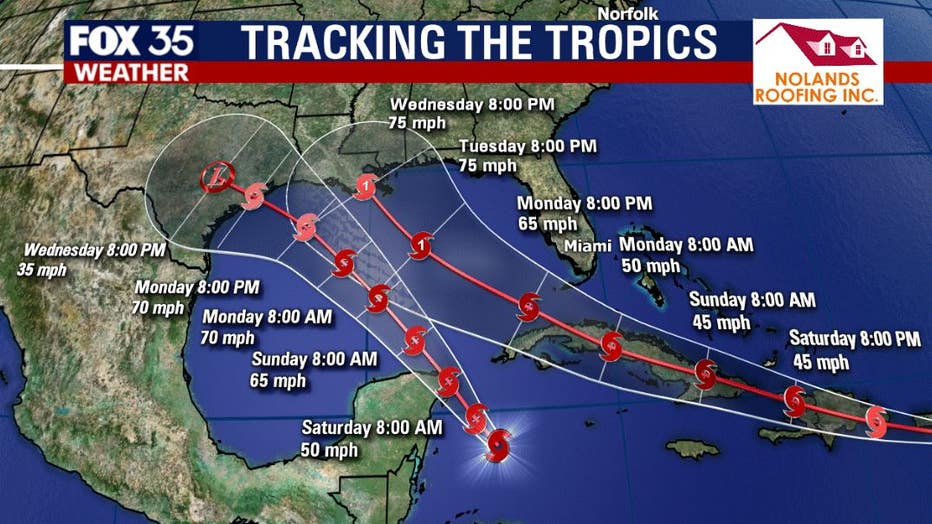 FOX 35 is advising residents of Central Florida to stay aware of these systems and monitor the latest forecasts and possible impacts.

For example, National Oceanic and Atmospheric Administration (NOAA) predicted an above-average season, with 13 to 19 named storms.

Six to 10 of those would become hurricanes and three to six of those are forecasted to become major hurricanes (Category 3 or higher).