Child dies after car crashes into canal in Volusia County

One child has died and another has been left seriously injured after a car crashed into a canal in Volusia County on Wednesday evening. The adult driver, who was also injured, was listed in critical condition, according to authorities.

SOUTH DAYTONA, Fla. - A young boy has died – and his sister and mother seriously injured – after their car drove into a canal in South Daytona on Wednesday night, according to emergency officials.

South Daytona Police and Fire departments responded to the scene of the crash, near Sauls and Reed Canal roads, around 7:30 p.m. where they found the vehicle upside down in the water, and three people trapped inside. First responders flipped the car by hand, removed the people inside, and performed life-saving measures.

"Three cops and four firefighters, and they literally flipped the car right side up to extricate those three victims," said Lt. Bryan Craig, with the South Daytona Police Department.

All three crash victims – an eight-year-old boy, a 10-year-old girl, and their mom – were taken to nearby hospitals.

"There was no other trauma to the children other than the ingestion of water," Lt. Craig explained.

The boy died at the hospital, officials said. At last check, the girl remained in critical condition. The mother received critical injuries as well and is listed in stable condition but has been able to speak with the police.

Crews have pulled a car from a canal following a crash in South Daytona that left one child dead and another injured. The adult driver was also listed in critical condition. 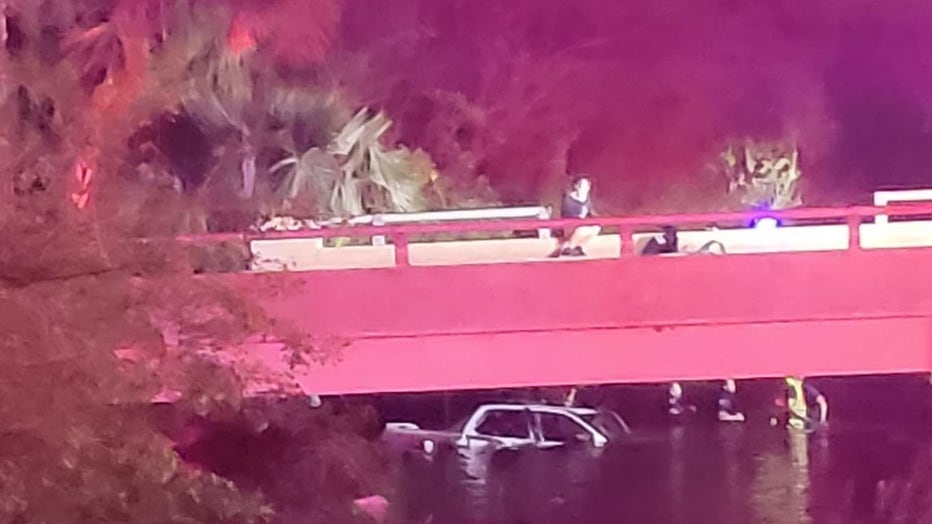 A car crashed into a canal in Volusia County on Wednesday, Nov. 2. [Source: Robin Henderson] 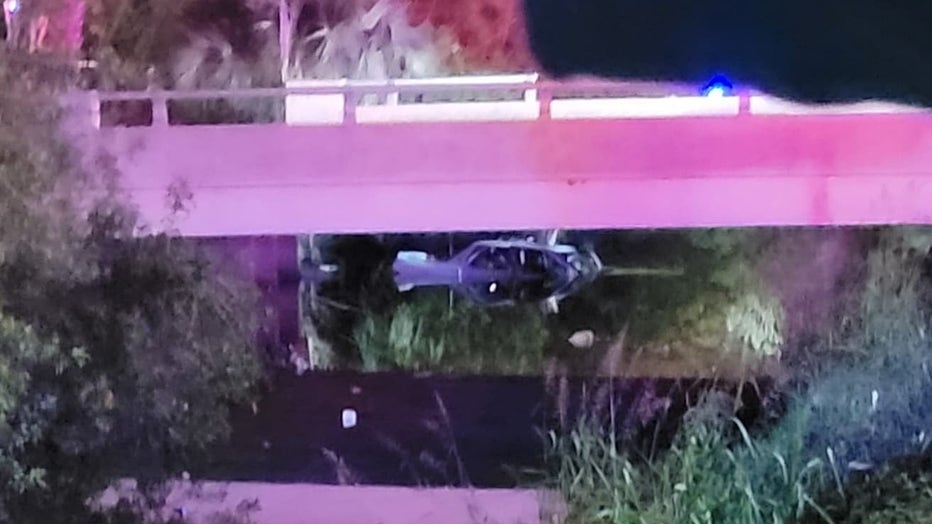 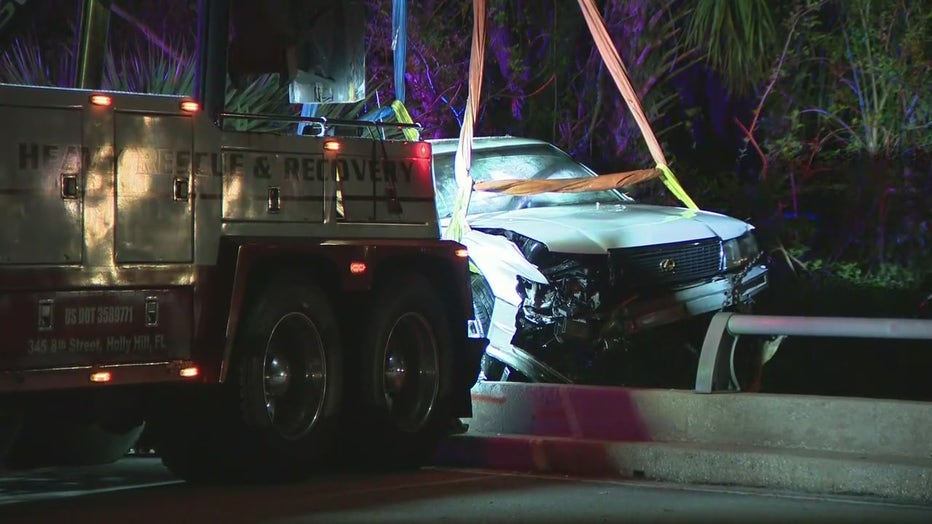 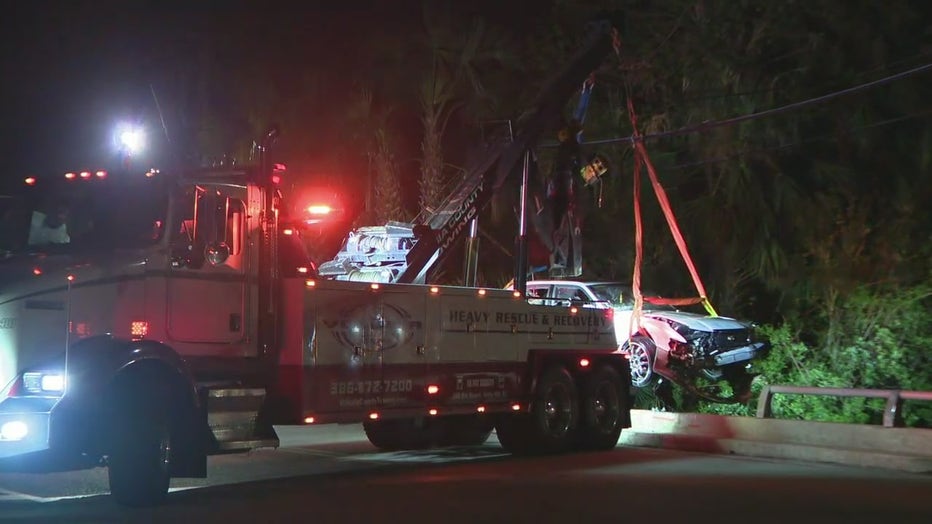 Shortly after 11 p.m., emergency crews were able to lift the car out of the canal for inspection.

Based on the police department's initial investigation, the vehicle struck a raised curb which forced the vehicle to veer into the bridge and over the edge.  "There was no way for her to slow really at that point, and she struck the bridge and went up and over and into the canal," said Lt. Craig. 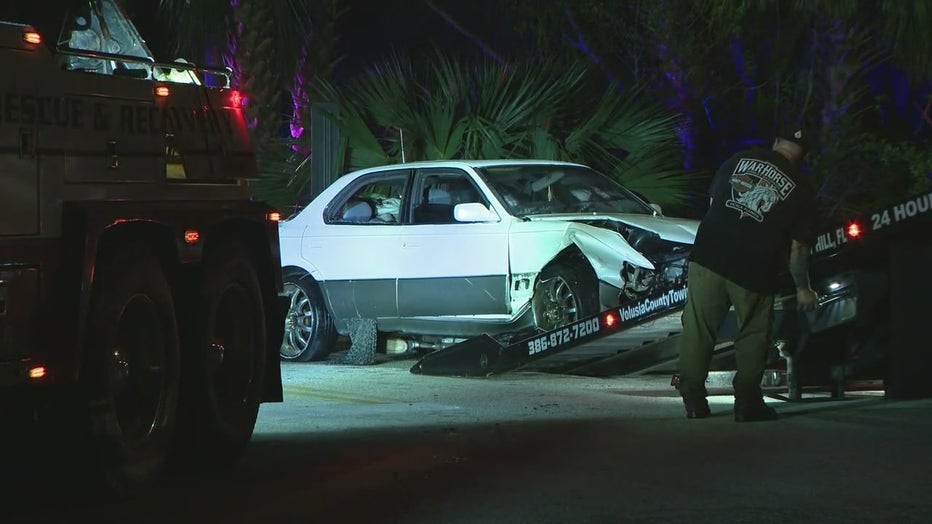 The names of the victims were not immediately released. Investigators said there does not appear any sign of foul play, and they do not believe speed played a factor in the crash.