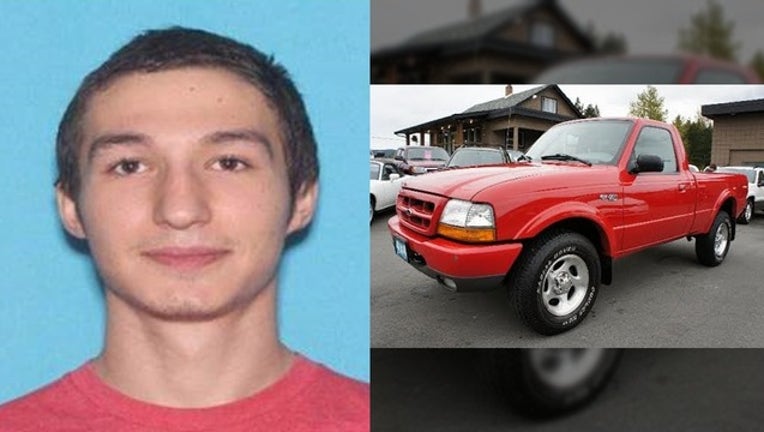 OCALA, Fla. (FOX 35 WOFL) - 20-year-old Nathan Levi Chenault is missing out of Ocala, according to the Marion County Sheriff's Office.

The Sheriff's Office says that Nathan was last seen leaving his home located on Southeast 59th Street. He left in his red 2000 Ford Ranger, bearing Florida Tag IUMM18. The vehicle reportedly has a possible bug shield on the grill and hood. It is also said to have a white primer strip along the underside of the driver window.  Nathan was last seen wearing a black shirt and blue jeans with red and black paint stains, according to the Sheriff's Office.

Deputies say that Nathan had made comments that have caused concern for his safety.

If you have any information on Nathan's whereabouts, please call 911.