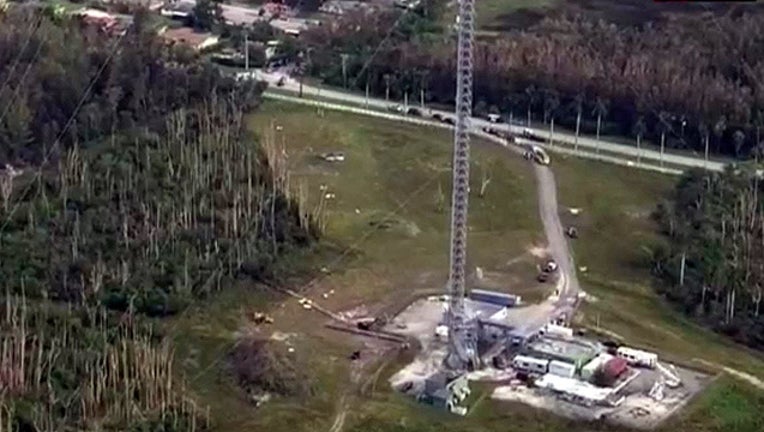 Miami-Dade Fire Rescue responded to the scene at 501 NW 207 Street in Miami Gardens.

A crane next to the tower collapsed, killing three crew members hired by South Florida's Fox affiliate WSVN-TV, to work on the tower, which is shared with the area's ABC affiliate WPLG-TV.

According to Miami-Dade Fire Rescue, the crew fell about 300 to 400 feet.

WARNING: Viewer discretion advised for aerial footage of the scene, courtesy of WSVN.