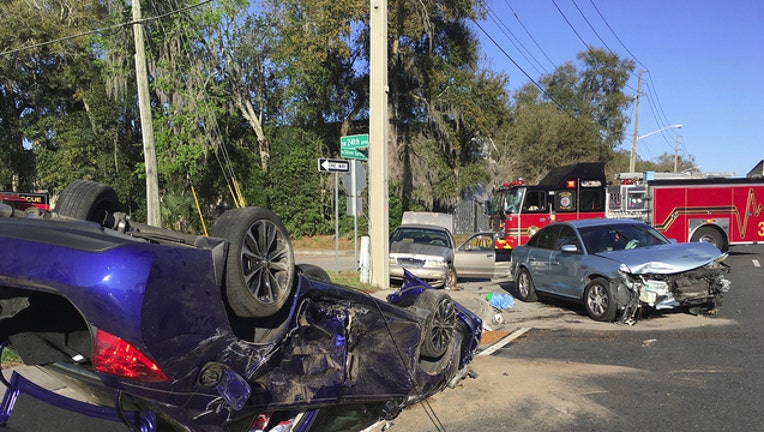 Upon arrival, firefighters found a blue sedan on its roof, with a driver trapped inside, and two compact vehicles upright, with drivers requiring care.   The firefighters were able to stabilize the vehicle that was upside down. Using extrication tools, crews removed the passenger’s side door to gain access to the driver.