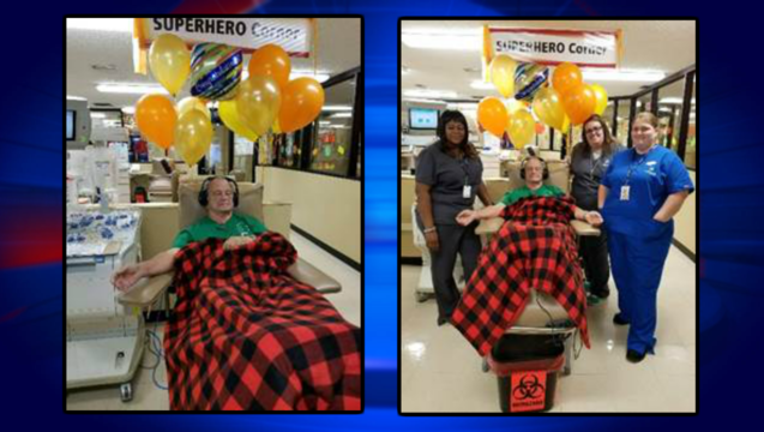 He donated his 100th gallon of blood at the OneBlood Ocala Donor Center.

He has had a long career of saving lives. He started donated blood in the early 1970s. Over the years he has impacted the lives of hundreds of people, no doubt saving the lives of many.

The special donation process allows him to donate every other week. His platelets are extracted from his blood and his red blood cells are given back to him.