The rapper and singer had reportedly drowned at his home in Lancaster, California, a suburb of Los Angeles.

LOS ANGELES - The death of teen pop icon-turned-rapper Aaron Carter sent shockwaves through the music industry and beyond Saturday.

TMZ was the first to report the singer, 34, was found dead inside in Southern California home. Representatives for Carter’s family later confirmed the news to the Associated Press.

Carter was a pop icon in the early 2000s with hit songs like "I Want Candy" and "I’m All About You." His first album was released when he was just 9 years old.

Since then, the rapper has been open about his mental health challenges amid rumors of drug abuse.

Carter was the younger brother of Nick, a member of the Backstreet Boys.

"My heart is broken," Nick tweeted Sunday. "Even though my brother and I have had a complicated relationship, my love for him has never ever faded. I have always held on to the hope that he would somehow, someday want to walk a healthy path and eventually find the help that he so desperately needed."

"Sometimes we want to blame someone or something for a loss, but the truth is that addiction and mental illness are the real villains here," he added.

Fellow teen star Hilary Duff, who knew Carter from his appearances on her Disney show "Lizzie McGuire," shared her reaction to the news on Instagram.

"I'm deeply sorry that life was so hard for you and that you had to struggle in-front of the whole world," she said. "You had a charm that was absolutely effervescent… boy did my teenage self love you deeply. Sending love to your family at this time." 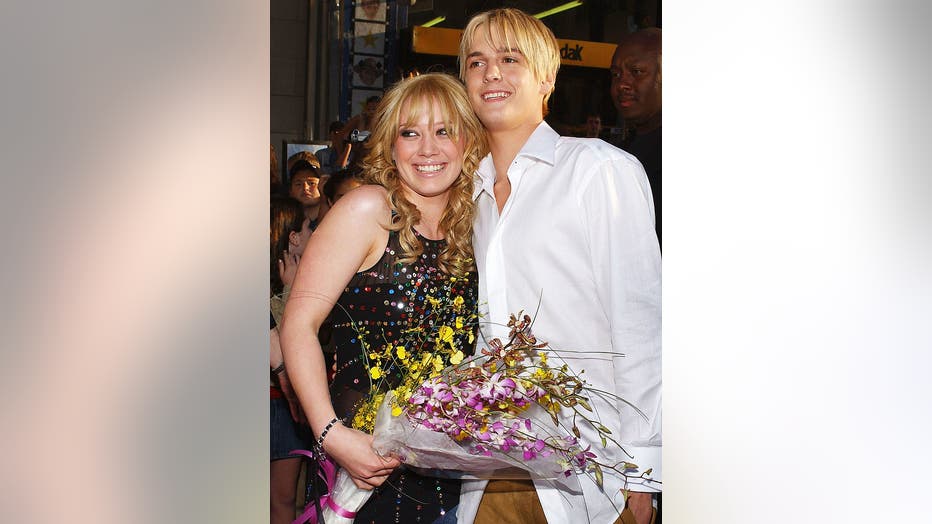 "We are saddened by the news of the sudden passing of Aaron Carter today," *NSYNC tweeted.

Actress Melissa Joan Hart shared an old photo along with her condolences.

"Fame at a young age is often more a curse than a blessing and Surviving it is not easy. RIP Aaron Carter," songwriter Diane Warren tweeted.

The popular boy band New Kids on the Block said they were "shocked and saddened" by his passing.

Comedian and talk show host Loni Love reminisced about a time she met Carter, saying he was "funny, talented and cool."

READ MORE: Aaron Carter found dead at 34 inside his home

The Associated Press contributed to this report. This story was reported from Los Angeles.