After an elderly woman went missing for hours, it was the Volusia County Sheriff's Office eye in the sky that tracked her down. The Air One helicopter pilot spotted her in a swampy area under International Speedway Boulevard, and authorities said she is lucky to be alive.

The pilot alerted deputies to the woman who was sitting in a swampy area of the Tomoka River in a puddle of muddy water.

"I got her. Tomoka Bridge on 92 in the water," the pilot can be heard saying.

According to the incident report, the woman and her caregiver were staying at Motel 6 off International Speedway Boulevard and Interstate 95 when the woman walked away.

"Take care of a lady, and she has Alzheimer's, dementia. And when I got up this morning, she wasn’t here," the caregiver can be heard telling a 911 dispatcher.

Amy Schenk works with The Alzheimer's Association. She said situations like this are all too common and scary for both the caregivers and the patients. 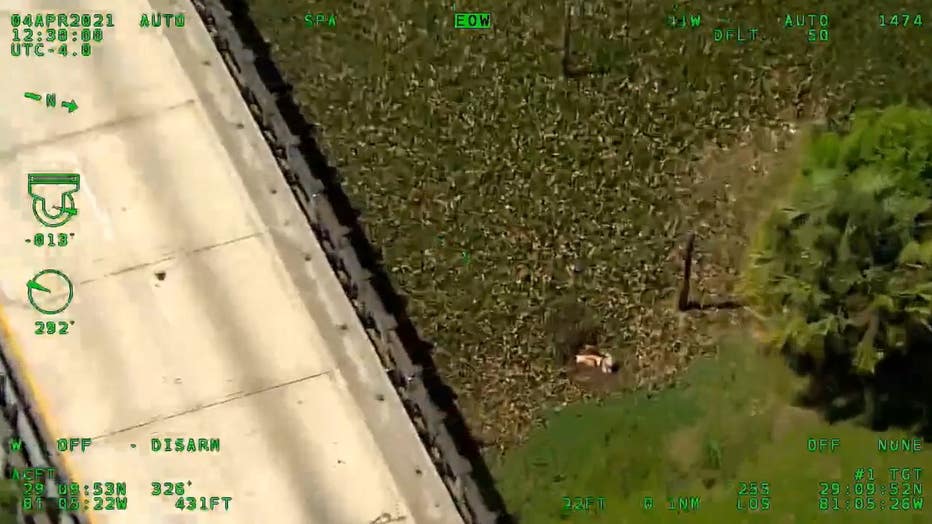 "Six out of 10 individuals with the disease do wander, so being proactive and having some prevention strategies in place would be very beneficial," she said.

She applauded the quick response of first responders, saying people in these situations are in extreme danger.

"Certainly there can be less than optimal outcomes. If someone gets dehydrated, they’re more disoriented or they’re impacted by the sun, those are dangerous conditions," she said.

Click here for some tips from the Alzheimer’s Association.