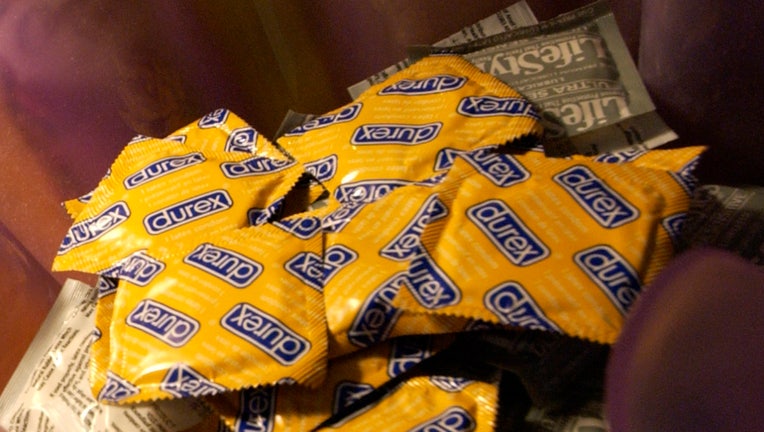 MONTPELIER, Vt. - Every high school and middle school in Vermont will now provide free condoms to students under a new bill that was just signed into law.

"In order to prevent or reduce unintended pregnancies and sexually transmitted diseases, each school district shall make condoms available to all students in its secondary schools, free of charge," the bill reads. "At a minimum, condoms shall be placed in locations that are safe and readily accessible to students, including the school nurse’s office."

The Vermont Agency of Education and Department of Health both expressed support for the legislation, which was signed by Republican Gov. Phil Scott on Oct. 5th -- making the Green Mountain State the first state in the country to make free condoms available to public schools, Vermont Public Radio reports.

A 2019 survey by the state's health department found that nearly a third of high school students are sexually active, but of those students, only 32% report regularly using condoms.

Republican Rep. Topper McFaun, who introduced the bill, told Vermont Public Radio that the aim of this legislation is to allow students to protect themselves and reduce the number of abortions that are happening.

“I’m talking about allowing people to be in the position where they don’t have to make the decision, that crucial decision, to have an abortion or not — that’s what I’m trying to prevent,” he told the local news outlet. “And the way to do that is to provide ways to allow people to protect themselves.”

RELATED: 'You may have to bite the bullet': Dr. Fauci cautions against large Thanksgiving gatherings

A 2018 study in the American Journal of Health Promotion found that making condoms freely available to students does not increase sexual behavior, but does increase condom use among sexually active students.

Not everyone is convinced that making condoms available to students will be a net positive though, particularly for middle schoolers. The Vermont Right to Life Committee cited the bill as one of the "dangerous new proposals" that has "potential to increase abortion rates in Vermont."

"There should be concern when there is evidence that a child is engaged in a sexual relationship - such as when a 12-year old seeks out condoms,"  Sharon Toborg, a policy analyst for the Vermont Right to Life Committee, said in opposition to the bill. "Yet instead of strengthening efforts to identify children who are potentially being abused, [the bill] weakens the mandatory reporting laws."

PHOTOS: Cruise ships being dismantled and scrapped for parts

Vermont's bill is set to go into effect on July 1st.