PALM HARBOR, Fla. - A trapper was able to locate and remove an alligator that attacked a woman in Pinellas County Tuesday night.

Officials with the Florida Fish and Wildlife Conservation Commission say they received a report Tuesday afternoon of a 43-year-old woman being bitten by an alligator while walking her dog on a leash near a small lake in Palm Harbor.

Pinellas County EMS took the woman to the hospital with serious injuries on her lower right leg. An FWC-contracted nuisance alligator trapper was dispatched to the scene. They were able to locate and trap the 7-foot, 7-inch alligator. 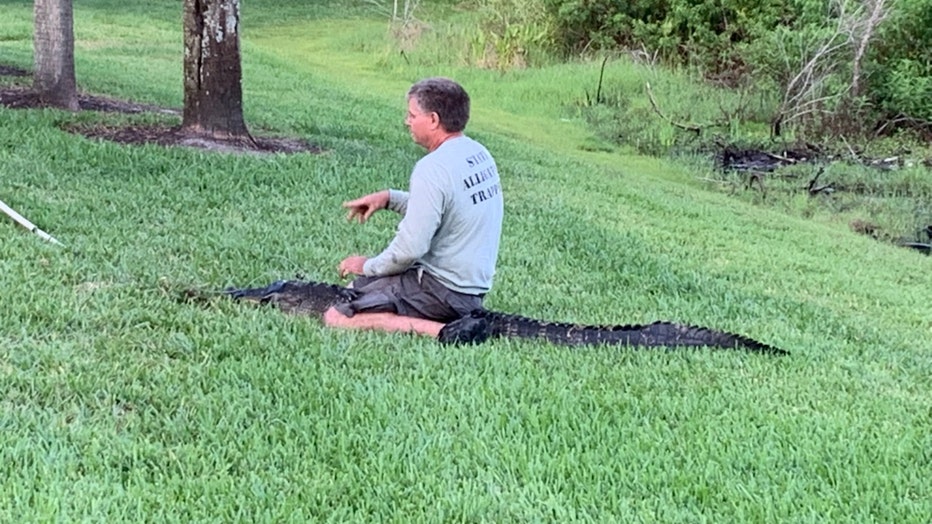 Gene Vance has lived in the area for about five years and witnessed the attack.

"I was walking my dog and all the sudden I looked back and I see this lady kinda falling by the lake a little bit and apparently she was walking her dog close to the edge of the lake," he said. "It looked like the gator tried to get the dog but she grabbed the dog really quick, but in turn she slipped down and the gator got her leg just underneath the knee… It was like one chomp and then he went back into the water."

FWC says serious injuries caused by alligators are rare in Florida. FWC’s response to alligator bite incidents is to remove the alligator involved using sound methods and taking only those alligators needed to resolve the risk to public safety.

"I’ve seen that same gator just kinda sitting out on the grass," Vance said. "It’s a pretty big gator, matter of fact I’ve seen him walking a couple times so I always try to avoid being in that area, any place close to the water because it happens."

According to FWC, relocating nuisance alligators is not a feasible option for people or alligators. Relocated alligators nearly always try to return to their capture site. In the process of returning, they can create problems for people or other alligators along the way. 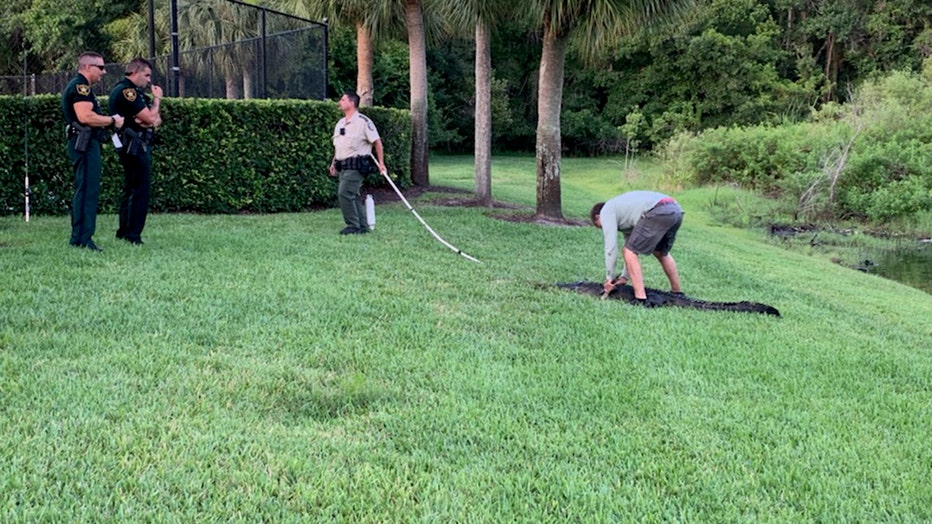 People with concerns about an alligator should call FWC’s toll-free Nuisance Alligator Hotline at 866-FWC-GATOR (866-392-4286). FWC also works to keep Floridians and visitors informed, including providing advice about Living with Alligators.

A 25-year-old man had injuries to his head and hand after an alligator bit him. According to the Florida Fish and Wildlife Conservation Commission, they received a report of the incident on Sunday, saying the man was freediving in the Myakka River in Venice.