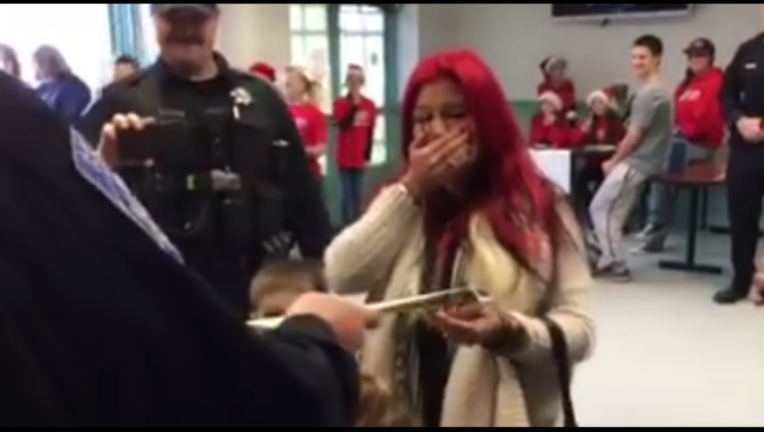 ANTIOCH, Calif. (KTVU) - Two Antioch police officers  had a very special surprise for a family who recently had their home burglarized.

Amanda was hoping to take her family to Disneyland over the holidays, but the thieves who broke into her home stole the $2,000 she had saved up. When the two officers who arrived to investigate the crime heard what happened, they decided to take action.

Officer Bledsoe, Officer Aiello and other members of the Antioch Police Department collected $2,000 for the family.

On Saturday, Amanda was called down to the station to look at a “photo lineup” of possible suspects. Instead, she was given a photo lineup of Disney characters and was presented with the gift. The Antioch Police Department posted video of the surprise on their Facebook page: