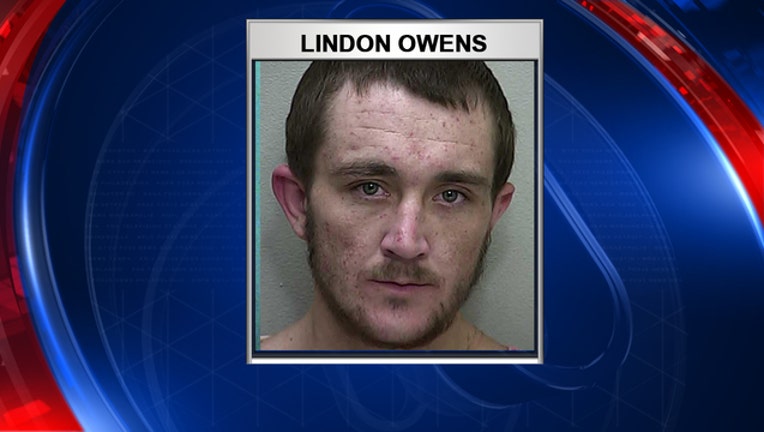 Authorities say he robbed a woman at gunpoint on Halloween night as she sat in a parked car outside the Winn Dixie at 10051 South U.S. Highway 41.

The victim was sitting in a car in the parking lot, waiting for her friend who was shopping in the store, when a man wearing a blue “Monster” approached her, pointed a gun at her and said, “Happy Halloween.” He demanded her purse, which she gave to him, and the suspect then fled the scene in the Dodge Charger.

The victim was able to give deputies a description of the suspect and his car, and deputies were able to locate the suspect vehicle traveling southbound on Highway 41. Deputies initiated a pursuit on the vehicle and then conducted a PIT (Precision Immobilization Technique) maneuver at SW Marine Boulevard. The suspect fled from the vehicle and after an extensive search, he was not located.

The victim positively identified Owens as the driver of that Charger.   Deputies said they also found the victim’s belongings in the car, along with a blue “Monster” mask.

Over the next few days, detectives searched the area for Owens, and he was eventually convinced by his family members to turn himself in to authorities, according to the Sheriff's Office.

Owens has been charged with robbery with a firearm, fleeing and eluding from law enforcement and resisting an officer without violence. He is currently being held in the Marion County Jail on $61,000 bond.