WINTER PARK, Fla. (WOFL FOX 35) - Three teenagers have been arrested in the death investigation of another teenager who was beaten in Winter Park's Central Park nearly two months ago.

The charges come after the Winter Park Police Department received an official cause of death in the Trindade death investigation by the Orange County Medical Examiner's Office.

"I got the message from Adriana [Thome], which is Roger's mom, and I started shaking," said Winter Park resident and family friend Blanca Dauselt.  "It was kind of a mix of emotions, because we're fighting so much for justice."

Trindade was found unconscious just a block off of tony Park Avenue on Oct. 15.   Authorities were unable to determine the cause of death but said the Trindade's body showed some signs of physical trauma.  He had been declared brain dead and his family chose to remove him from life support two days later.

An autopsy revealed that Trindade death was a homicide as a result of blunt force trauma.  A police spokesperson said investigators have known who was involved in the fight but were waiting for the medical examiner to confirm the cause of death before making an arrest.   Details about what led to the confrontation have not been released.

"I believe my client is innocent," said attorney John Sirounis, who is representing 14-year-old Jagger Gouda in this case.  He said the teens weren't friends, but no one ever intended for Roger to die.   “I have initially allowed the state and law enforcement to interview my client, an opportunity they declined," Sirounis said.

"Regarding the arrests made today, I would like to thank the Trindade family for their patience.  They have been, and continue to be, in our thoughts and prayers.  I also want to thank the community for their patience and support of the Winter Park Police Department, whose thorough investigation led to today's charges," said Winter Park Mayor Steve Leary.  "Hopefully the family and community can find solace in knowing that although the process seemed lengthy, it was necessary so as to provide the State Attorney's office with sufficient information to proceed."

Dauselt said the community had rallied together, pushing for justice for Trindade.

"A lot of people have contacted me and said the charges given to the kids are not fair," she said. "I feel grateful, I have a peace, and on the other hand, I'm still sad for Adriana, because we cannot give her son back." 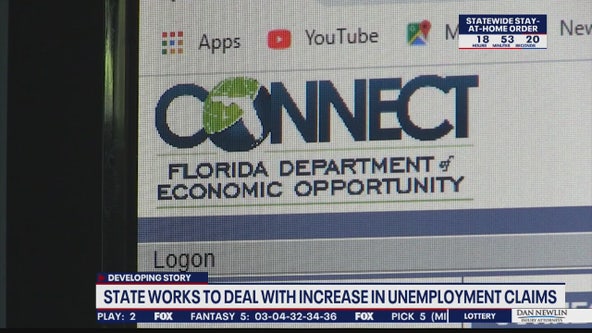