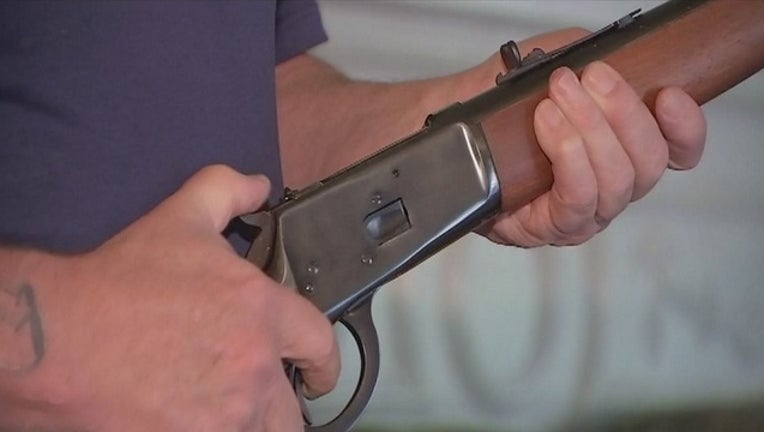 TALLAHASSEE, Fla. (NSF) - A move to shift a key burden of proof in "stand your ground" self-defense cases was approved Wednesday by the Senate, as other key bills backed by Second Amendment advocates remain jammed in the Legislature's upper chamber.

With Democrats labeling the self-defense proposal "a shoot to kill" and "how to get away with murder" bill, the National Rifle Association-backed measure (SB 128) was approved in a 23-15 vote, with Sen. Anitere Flores, R-Miami, joining Democrats in opposition.

Flores, a top lieutenant to Senate President Joe Negron, has become a roadblock to other high-profile bills backed by gun-rights groups, including a measure that would allow people with concealed weapons to openly carry firearms (SB 644) and to carry on university and college campuses (SB 622). Those bills have not made it through the Senate Judiciary Committee, which includes Flores.

Flores said her vote on the "stand your ground" bill was swayed after talking to state attorneys from her South Florida district, which covers Monroe County and parts of Miami-Dade County.

"There's going to be a cost to the state attorneys, and now I have two state attorneys who are calling and concerned, and you just have to take those things into account," Flores said.

Flores had voted for the proposal Feb. 9 when it was before the Rules Committee and Jan. 24 in the Judiciary Committee.

Sen. Rob Bradley, a Fleming Island Republican who is sponsoring the measure, said the potential for increased costs shouldn't be what drives lawmakers on the issue.

"We should be focused on what is the right thing for our criminal justice system, not dollars and cents when it comes to fundamental principles," Bradley said.

A House version of the bill (HB 245) needs to clear the House Judiciary Committee before it could go to the House floor. A similar proposal failed to advance last year in the House after getting Senate approval.

The proposal, backed by the Florida Public Defender Association, stems from a Florida Supreme Court ruling in 2015 that said defendants have the burden of proof to show they should be shielded from prosecution under the "stand your ground" law.

In "stand your ground" cases, pre-trial evidentiary hearings are held to determine whether defendants should be immune from prosecution. The bill would shift the burden from defendants to prosecutors in the pre-trial hearings.

Bradley, who believes the bill has support this year in the House, said he wouldn't have moved forward with the proposal if he believed the change in law would allow guilty people to go free.

Sen. Dennis Baxley, an Ocala Republican who in 2005 sponsored the "stand-your-ground" law while serving in the House, called the proposal one of the most important of the legislative session that started March 7.

"I don't think anybody in our state should be beaten, raped, murdered, simply because they were afraid to act, and stand against a violent act," Baxley said. "Interestingly, there is not a firearm in this bill. I don't care if you use a chair leg; you have the right and even the responsibility under our brand of freedom to stop a violent act if you can."

In its 2015 ruling, the Supreme Court majority opinion --- written by Justice Barbara Pariente --- said immunity in the "stand your ground" law "is not a blanket immunity, but rather, requires the establishment that the use of force was legally justified."

"We conclude that placing the burden of proof on the defendant to establish entitlement to Stand Your Ground immunity by a preponderance of the evidence at the pretrial evidentiary hearing, rather than on the state to prove beyond a reasonable doubt that the defendant's use of force was not justified, is consistent with this court's precedent and gives effect to the legislative intent,'' said the majority opinion.

But a dissenting opinion, written by Justice Charles Canady and joined by Justice Ricky Polston, countered that the majority ruling "substantially curtails the benefit of the immunity from trial conferred by the Legislature under the Stand Your Ground law."

The "stand your ground" law has long been controversial. It says people can use deadly force and do not have a duty to retreat if they think it is necessary to prevent death or great bodily harm.

Critics of Bradley's bill, including the Florida Prosecuting Attorneys Association and the Florida Coalition Against Domestic Violence, have argued it would put an end to cases before all the facts are revealed. They also contend the "stand your ground" law has disproportionate effects on minorities, as it is used more successfully as a defense when white shooters kill African-Americans.