The bust happened in Marion County in December.

The police dog reportedly guided them through the darkness, finding Watson hiding behind a tree. 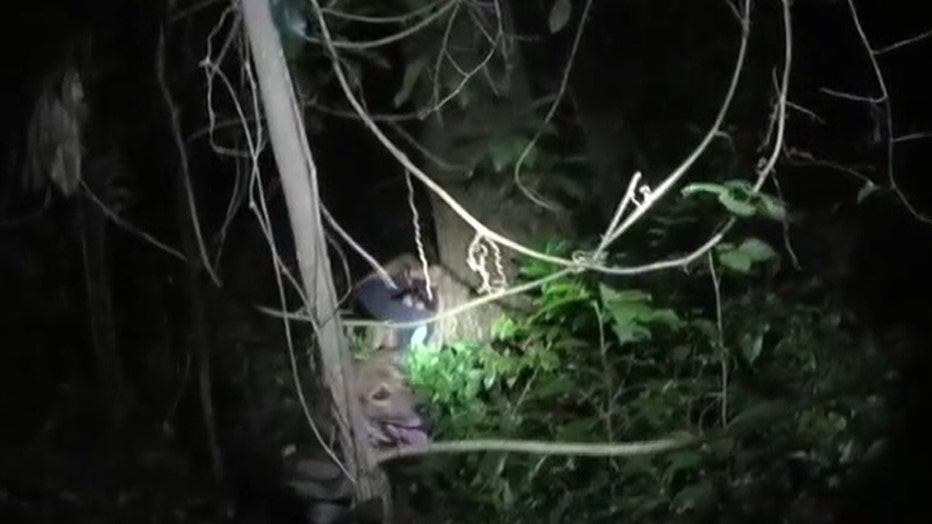